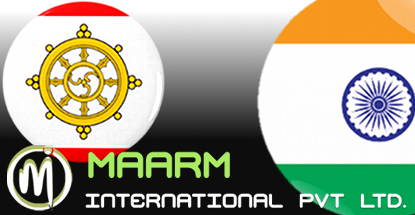 India’s Supreme Court has yet to rule on whether poker is a game predominantly based on skill or luck, but it has declared that playing cards is a “physical sport.”

On Friday, Mumbai-based commercial printing firm Parksons Graphics prevailed in its long legal quest to have card-playing deemed a sport. However, unlike similar lawsuits in Western countries, Parksons wasn’t overly concerned with the issue of whether card games were based more on skill than luck. Parksons’ concerns were entirely due to its desire to lessen its tax burden.

Under India’s tax codes, manufacturers of sporting goods have to pay 5% excise duty. Sporting goods deemed not to require physical exercise must pay an additional 1% duty. Since 2011, Parksons has been claiming that its playing cards are exempt from this extra 1% tax.

Challenged on this claim by India’s taxman, Parksons went to court. A Parksons attorney noted that if playing a card game was not deemed a sporting activity, then the game of chess was similarly barred from calling itself a sport. In 2014, a Customs, Excise and Service Tax Appellate Tribunal sided with Parksons.

On Friday, India’s Supreme Court upheld the Tribunal’s ruling, rejecting arguments by the Attorney General that playing cards was “gambling” and therefore not an athletic pursuit. The Hindustan Times quoted Chief Justice HL Dattu saying: “When you play cards, you use your hands. It can be a physical sport. Why not?” Oh, if only ‘why not’ were a more frequent dictum in court cases of this nature…

The Supreme Court has yet to rule on a more traditional skill v. luck case involving games like poker and rummy. The Karnataka High Court has declared that such games are predominantly skill-based but rulings in other states have declared that luck is the primary factor in separating winners from losers.

The Supreme Court was supposed to issue a ruling in November but decided it needed more time to study the question. Should the Court uphold the Karnataka ruling, the Central government would be tasked with establishing a uniform set of rules that would apply to all states. This would undoubtedly open up the door for more states to consider offering online poker services.

SIKKIM ISSUES SECOND ONLINE GAMBLING LICENSE
In October, the state government in Sikkim issued its first intrastate online gambling license to Future Gaming Solutions India Pvt. Ltd. Last month, Sikkim issued its second license to Maarm International Pvt. Ltd., a Lucknow-based firm better known for trafficking in energy drinks and produce. The five-year license – which cost Rs 10m (US $161k) with an option to renew for a further five-year term – takes effect on April 1, about the time when Future Gaming plans to go live with its own site.

Maarm International director Manoj Sethi told Gaming Laws in India that his firm would work with established Sikkim lottery outfit Golden Lottery to provide state of the art facilities to Sikkim punters. Sethia also said his company was “in talks with the Central government and other state governments to ensure that online gaming is legalized in more states and Union territories.”