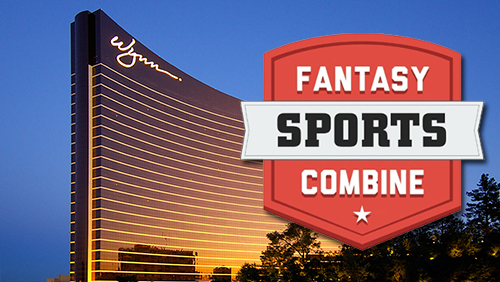 The fantasy sports industry is growing at such a rapid pace that there doesn’t appear to be any ceiling on how big it can get this year. We already know about the massive gains attributed to FanDuel and DraftKings, two of the biggest daily fantasy sports sites in the business today. The former has even announced that it would be hosting the 2015 World Fantasy Basketball Championship in Miami, Florida from April 9 to 11, 2015.

Now, another “first” has been announced and it’s called the Fantasy Sports Combine. The three-day event runs from July 17 to 19 at the Wynn Las Vegas and Encore. The uword “combine” relates to the NFL Scouting Combine, an event where college football players showcase their skills and talents in front of scouts, coaches, and front office personnel of NFL teams.

The driving force behind the Fantasy Sports Combine is Drew “Bo” Brownstein, a former hedge fund manager who served a four-month prison term for insider trading. Having left that part of his life behind him, Bronwstein came up with the idea of the convention last year, just as the popularity of the daily fantasy sports market began gaining serious steam.

“Fantasy sports touches everyone from the head trader at Goldman Sachs to a guy working 60 hours a week at the post office,” Brownstein told Bloomberg. “And it touches both men and women. Its popularity is booming and only getting bigger.”

Brownstein wants to make the Fantasy Sports Combine an event that players from all over North America, maybe even the world, will want to attend.

A slew of sports personalities will be part of the three-day event, from proclaimed “fantasy gurus” like Yahoo Sports’ Brad Evans and DirecTV’s John Hansen to legendary coaches like Mike Shanahan and Mike Ditka.

Ultimately, Brownstein hopes that the Fantasy Sports Combine becomes an annual staple similar to the popularity of Comic-Con. “It’s something to aspire to and learn from,” he said, referring to Comic Con. “It’s a community experience and it offers something people are passionate about in an attractive package.”