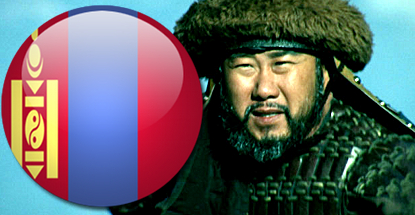 Mongolia is set to become the latest Asian jurisdiction to hop on the casino bandwagon as the country attempts to diversify its economy. On Feb. 12, Mongolia’s Cabinet Secretariat approved draft legislation that would authorize the construction of two casino projects targeting Chinese high-rollers.

The Mongolian Ministry of Finance told Reuters that parliamentarians would have the opportunity to vote on the bill this week. However, the timing of the Lunar New Year celebrations makes it likely that the vote will be delayed until after parliamentarians return from their new year’s holiday.

This isn’t the first time Mongolia has attempted to pass casino legislation but the previous bill was annulled in 2010 over concerns that casinos would increase corruption. The new bill was crafted after careful study of casino laws in France, Singapore, Korea and the United States.

The new casinos would be privately owned and operated. No building sites have been officially designated but a member of the working group that crafted the casino bill suggested somewhere near the Khushigt International Airport, which two Japanese firms are currently constructing outside Mongolia’s capital Ulan Bator.

Like many other Asian nations, Mongolia doesn’t intend to allow local residents to gamble in its casinos. The Ministry of Finance plans to rely on a steady stream of gamblers from China, Russia and Japan, which an unidentified official at the ministry called “some of the biggest gamblers in the world.”

Despite Beijing’s public criticism of other countries luring its citizens to their casinos, Mongolia believes it can benefit from the increased visa restrictions imposed on Chinese visitors to Macau. Chinese with valid passports can already enter Mongolia without a visa and visas aren’t required for visitors from Russia and Japan.