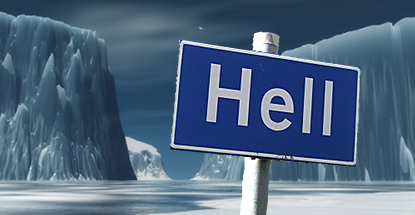 The letter (read it here) paints its authors as online poker Rodney Kings, wondering why we can’t all get along. The tribes say they now support AB 167’s inclusion of state racetracks as eligible online poker operators along with federally recognized tribes and state cardrooms.

The letter also says ‘bad actors’ – which refers generally to operators who continued to take wagers from Californians after Dec. 31, 2006 but is primarily aimed at online poker titan PokerStars – should be redefined in terms of “personal participation in unauthorized gaming.”

The letter’s authors say they recognize that “control of an entity may change over time in a way that resolves regulatory concerns.” Such a view would seem to offer hope for Amaya Gaming, which purchased PokerStars last June from those nefarious Scheinberg fellows.

But Amaya isn’t quite off the hook. The letter’s authors say they “have not yet identified a possible consensus position” on so-called covered assets, i.e. the software, database, trademarks, etc. “developed through unauthorized internet gaming.” The tribes want to develop a position “based on considerations of fairness, regulatory integrity and legal requirements at issue.” So Amaya can operate online poker in California, but they might have to buy back the Ongame software they just sold to NYX.

The letter is a stark turnaround for the three tribes, who were among the 13 tribes who supported a 2014 bill that would have expressly kept PokerStars out of the market. In November, another member of those 13, the San Manuel Band of Mission Indians, defected to the other side, i.e. the Morongo Band of Mission Indians and three of the state’s largest card clubs, who have inked a technology deal with PokerStars.

The letter was greeted with scorn from the Pechanga Band of Luiseño Indians and the Agua Caliente Band of Cahuilla Indians, who remain vehemently opposed to both the tracks’ eligibility and any softening of the ‘bad actor’ definition. Palermo quoted Pechanga Chairman Mark Maccarro saying the letter “effectively capitulates on principles of great importance for tribal rights and future tribal generations.”

CAESARS WELCOMES POKERSTARS, HELL FREEZES OVER
An even more shocking development came Friday via Gambling Compliance writer Chris Krafcik (@CKrafcik), who tweeted that Caesars’ VP Jan Jones-Blackhusrt had told him that her company now believes the Amaya/Pokerstars combo “should be considered for legalization in the U.S.”

Make no mistake; Jones-Blackhurst’s statement is on par with Sheldon Adelson publicly declaring his unqualified support for a Gaza-based online gambling site offering generous sign-up bonuses to Israeli children. Caesars is widely believed to have been the driving force behind the American Gaming Association’s 2013 effort to keep PokerStars out of New Jersey’s regulated online gambling market – an effort Stars called a “thinly veiled anti-competitive campaign.”

So, you ask, what three ghosts visited Ebenezers Entertainment to prompt this change of heart? It doesn’t hurt that the Rincon tribe – Caesars’ California partners— have taken a more moderate ‘bad actor’ stance in a bid to push a bill over the legislative finish line. It also doesn’t hurt that Caesars is mired in bankruptcy proceedings and sorely needs a new revenue stream to offset its legal bills, so better to have a smaller slice of the California pie than no pie at all…