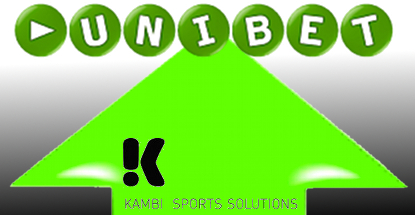 Online gambling operator Unibet enjoyed healthy gains in 2014, although the numbers were artificially boosted by the sale in May of its Kambi Sports Solutions division. Full-year revenue rose 16% to £312m while earnings and profit after tax doubled to £115.7m and £93.4m respectively, although £35.3m of this came via its Kambi sale.

Sports betting accounted for 39% of group revenue in Q4, with revenue rising 7% from Q4 2013. Casino and games garnered a 52% share (revenue +12%). Q4 saw Unibet’s poker product deal its hundred millionth hand since it relaunched as a network-independent standalone site, but the vertical’s revenue fell 28%, representing just 2% of the overall pie.

Nordic markets accounted for 49% of Q4 revenue, with Western Europe contributing 40%, Central, Eastern and Southern Europe adding 8% and ‘Other’ (which includes Australia) responsible for the remaining 3%. The Nordics’ share was basically flat, while Western Europe was up 18%, the rest of Europe fell 3% and Other fell 21%.

KAMBI ENJOYING LIFE ON ITS OWN
Meanwhile, Unibet’s stepchild Kambi Sports Solutions reported a 70% revenue gain in its first full-year results as a standalone unit. Kambi says punters went on a hot streak in Q4 but revenue in the 12 months ending Dec. 31 rose 70% to €36m. Even better, earnings hit €2.2m compared to a €19.9m loss in FY 2013. Kambi CEO Kristian Nylén said the results provided a “solid base for the company’s future”. Kambi clients include 888 Holdings, 32Red and its former mothership Unibet.