Home / Sports / On Deck: The lonely island of Tiger Woods 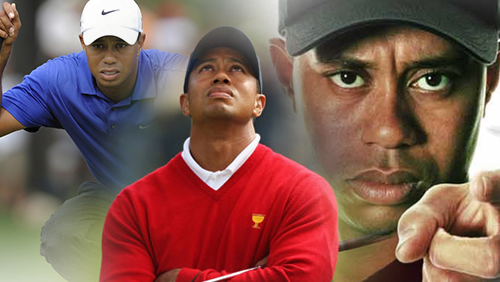 A few years ago, I wrote a piece here telling everyone to have faith in Tiger Woods, believing that at some point, he’s going to get his game and his mind right and return to that dominant force that laid waste to golf in the last decade.

While I’m not yet prepared to eat my words, I will admit that it’s becoming increasingly lonely in this island. Am I the only left here? Maybe there are others on the other side of the island that still cling to the hope and validation of staying here when everyone else has paddled away, never to return again and regretting spending time here in the first place.

Tiger Woods is a broken golfer. He can’t stay healthy anymore and in those times where he seems to be physically right, his mental and psychological approach to golf appears to be all over the place. How can I still root for somebody who looks like he doesn’t want it anymore?

The short answer I have is the same one I had a few years ago: faith.

Granted, that faith I have is being tested like never before. A missed cut in a tournament called the Waste Management Phoenix Open? A withdrawal at the Farmers Insurance Open after only 11 holes because of back injury? The list of setbacks and botched comebacks have become as long as his list of tournament titles and I’m afraid that the former will run longer when all is said and done.

Some of Woods’ skeptics will point to a number of things to highlight his demise. His golf game is in “shambles” was what Paul Azinger told ESPN. Golf channel analyst Brandel Chamblee voiced similar concerns, saying that Woods is “incapable of doing the most pedestrian requirements at the highest level.”

While I do agree with some of what Chamblee said, I still think that Woods’ game can be salvaged. For one, driving has never been Woods’ problem. He’s still one of the most powerful drivers in the field, routinely going over 300 yards without so much of a problem to his ailing back. It’s everything after the drive that falls apart. His approach shots have been awkward. His putting has been abominable. And worst of all, he doesn’t seem to be there psychologically. It’s like having this wall in front of you that you just can’t seem to break down, no matter how hard you swing at it.

That’s the biggest problem he has right now. Golf is such a mental sport that if you’re head isn’t screwed up straight, everything else will suffer. Shots he used to hit confidently are going all over the place. Woods was once famous for being one of the best scramblers in the game, boasting the ability of hitting brilliant shots to get himself out of trouble. These days, those shots he used to routinely hit are turning out worse for him.

I’m sorry, but that’s a mental thing. When you’re as confident as he once was, every shot you took came from a belief that it was a good shot. There are no doubts, no birds chirping in your ear, and certainly no second-guessing.

If Woods can just get his head on straight, and there’s no guarantee that he can at this point, that’s going to be the hammer that breaks that stubborn wall. Only then will we see the Tiger Woods of old.

Like I said, I’m not prepared to find an exit off of this island. Not yet. I still think Tiger has it in him to win Majors and surpass Jack Nicklaus. It’s not the sure thing that it was a few years ago, but i still believe.

Now if you’ll excuse me, I’m going to go find a coconut on this island now.