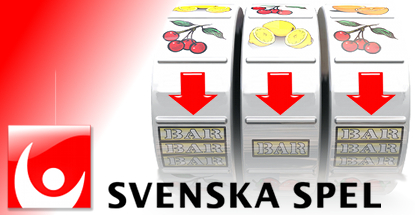 Svenska Spel boss Lennart Käll noted that the company’s overall market share had shrunk four points to 44%, while its online market share dipped one point to 22%. Käll estimates that the market’s online casino turnover topped SEK 2b in 2014, up 18% year-on-year. Svenska Spel has yet to share in this bounty but it has applied to the Swedish government to add online casino to its existing retail betting, casino, lottery and online betting and poker operations.

In fact, Svenska Spel says its revenue decline is a result of the responsibility initiative it launched in 2013, including the elimination of certain bonuses and incentives. This newfound commitment to responsibility just happened to coincide with the European Commission formally warning Sweden that its monopoly gambling laws appeared to be flouting European Union internal market rules on the free movement of services.

The Swedish government has defended its preservation of Svenska Spel’s online betting and poker monopoly as a way of keeping a lid on Swedes’ gambling habits, but significant increases in Svenska Spel’s marketing budget in recent years have put significant holes in this theory. In October, the EC formally summoned Sweden to justify its laws before the Court of Justice for the European Union.