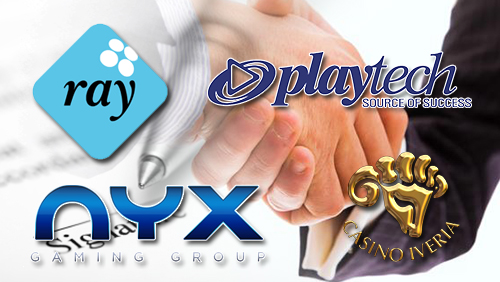 Finland’s state-owned gaming operator Raha-Automaattiyhdistys (RAY) has finalized a 20-year contract extension with software supplier Playtech, the longest deal in each of their respective histories.

RAY and Playtech have had a partnership since May 2010, with Ray enjoying a wide variety of Playtech’s slots games, including those featuring proprietary themes and branded content.

“This is a landmark contract for both companies and we are delighted to have agreed extended terms with such a valued customer,” Playtech Chief Operating Officer Shay Segev said in a statement. “We have worked together with RAY for four years defining its online offering and created the region’s biggest success story. This demonstrates our hugely powerful technology and services that are able to immediately, and successfully, launch in any newly regulated and regulating markets.”

Over in Georgia (the country, not the state), NYX Gaming Group has successfully signed its second gaming partner this week after coming to an agreement to provide online casino and poker products to Iveriabet, the online gaming arm of local casino operator Casino Iveria. The deal with Iveriabet follows a similar deal between NYX and White Hat Gaming, which also gave the latter access to use the former’s gaming products, specifically NYX Poker.

In addition to NYX Poker, Casino Iveria will get access to a handful of casino games through the NYX OGS platform, allowing the operator to expand its own menu of casino titles.

“I am delighted that Iveriabet has chosen to partner with NYX for two of our leading products,” NYX Executive Vice President of Business Development David Flynn commented.

“These agreements are strategically important as they provide an entry point into a newly regulated geographic market which further demonstrates NYX’s ambition and focus on locally regulated markets.”