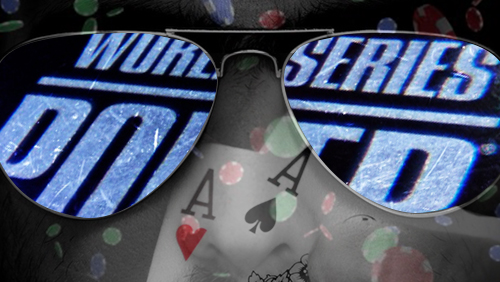 In this article I want you to think about social media as a marketer, social media by competitors and how to disrupt the WSOP marketing effort this summer. Start planning now.

Their research from 2800 marketing firms finds that by 2014, 92% of marketers agreed that social media is good for their business and 97% at least used it in some form. Obviously.

I pulled these high level graphs below from the http://www.socialmediaexaminer.com/ website to further illustrate. The actual social media marketing industry reports on the links above have dozens more graphs. If you want to learn about social, you should read them. Social media in the gaming industry is of upmost importance. Just updating a few articles and liking some stuff isn`t really good enough anymore. You need a blog, email advertising, SEO, and CRO all tied into it. And it doesn`t stop there.

With the WSOP coming up, you have a great stage to run some campaigns, so my advice is to get started.

It really is best to have a full blown social strategy, where every action is tracked into a campaign. This is a hard job to take on as an extra but I do recommend hiring someone to do it for you if you don’t have one yet.

Many of the small companies I help out don`t know if they can afford to hire someone or even trust someone to do it properly. So they try to do it themselves. This may cause their core business that they should be focusing on to get strained.

Hire someone! Take it seriously.

My experience garnered with social media in a very difficult space is not trivial. I was part of creating the largest social media following for any poker media site during my stint as the CEO of PokerNews.

This story about when I first started with social media is an atypical one. I had just been hired by Tony to shore up the business. I went to Lithuania and they had a social media department in place. It was run by a notorious and stubborn manager from the old school days in Lithuania. Lithuania is a cool little country in Eastern Europe for those that do not know. The manager came out swinging and managed to convince me to let him run it, but after a few days enough was enough, I shut it down. We were lucky to have such a talented marketing team in place at the time, including Lynn Gilmartin and Matthew Parvis.  Together we started from scratch to empathetically and aggressively build several fantastic social media accounts.

I reached out to PokerNews guru Mathew Parvis for some nostalgia:

“We’ve taken social media seriously a lot earlier than a lot of brands in poker. That attention to mediums like Twitter and Facebook has paid off. I can recall working with our editors and management team as far back as 2009 to find seamless integration and automation between our own backend, and our social media accounts allowing us to ease our content team in to social.”

“We also didn’t stop at simply tweeting, or sharing a story once when it was published. We realized that the digital news cycle is never-ending, and just because our team might have been sleeping that didn’t mean our social engagement should have. Essentially we built the global poker news cycle”

It was a fun time to work in tech and poker media.

UIGEA Fog of War – Helped Us

When the UIGEA hit in 2011, PokerNews really put things into overdrive. At the time I wanted us to take the lead as the voice of poker media. This was a main agenda point for me. I never felt like PokerNews was the authority voice in poker until about 2010. Always a strong voice, but never the strongest. Before it was more of a pure affiliate site which had some struggles to figure it`s content strategy out.

The landscape changed so much with the UIGEA. Everyone was scrambling and trying to figure out what to do. A lot of interesting moves were taken. Companies like Cardplayer would suddenly send only a handful of people to the WSOP, while PokerNews was sending dozens. Many people couldn`t figure out how to geo target properly either, I saw lots of websites fail this way.

But not us. We took this transformation in stride, dominating and becoming the undisputed voice of poker online. We wanted to bring poker tournaments from all over the world to life with our live reporting tech.  Social media played a huge part of this success as we got all that unique content out to the people that wanted to read it.

I also want to point out that we changed our mission statement when the UIGEA took place. We focused the new statement on pushing the positive advancement of the game and continuing to grow its international fan base. We chose to remind people that there were many positives about poker. Social media was our star medium.

Check out this chart below to see PokerNews crushing: I am not an expert on fakes, nor do I think any of these stats are from fake accounts. That said, I didn`t check and don`t really know. I would never advise to stack the numbers with fake social media accounts. It is a waste of money and you look silly when the fraud teams take them away.

Personally Being a Leader and Using Social

Many digital marketing leaders are pushing social on everyone, specifically on other leaders.

I had personally, never used social media semi-properly until recently. As my own brand. I didn’t even want articles about me leaving PokerNews out there. Looking back, that was all a mistake. All leaders in gaming, especially online gaming, should be active on social media and online profile building.

Now I am plugged to social media at a level I am comfortable with and it keeps growing.

One downside is the nagging mental reminder to go do social media. Ugh what if I am not in the mood, or have burnt out from doing too much already. I mitigate this by always trying to enjoy it. Tougher than it sounds, oh boy as it is easy to get distracted and waste time. But if you enjoy doing something, especially social media, that shines through in the voice.

I especially enjoy doing social media when others are chiming in with their own content.

You should feel the constant pressure to use social media.

Question: Why do people always update social media about when they are at airports anyways?

The WSOP of Poker has partially ended its relationship with PokerNews for live coverage of the WSOP. I know as much as the next guy, so I don’t have that much to say on the subject here, but I will say that this gives everyone else an opportunity to be disruptive and go after that audience.

Read those links above and figure out a strategy. Plan your social media strategies today. Don’t just show up in Vegas with a weak plan. You don’t want to know how many times I have met that person.