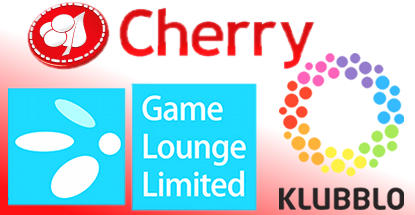 Swedish gaming operator Cherry AB has inked a deal to take a controlling interest in Nordic-facing affiliate Game Lounge Ltd. The deal will see Cherry pay €1.43m upfront and a conditional top-up of a maximum €2m in exchange for a 51% stake in Game Lounge. The deal allows Cherry the option of acquiring 100% of Game Lounge after three years.

The new relationship will see Game Lounge act as a partner for the new white label SveaCasino.com, with additional Cherry brands to be added in due course. Cherry’s acting CEO Fredrik Burvall, who assumed the reins in December from outgoing CEO Emil Sunvisson, said the deal would “increase volumes at a much lower cost” for Cherry’s current brands and white labels by bringing in as many as 40k new depositing customers.

As Cherry opens one door, it closes another. On Friday, Cherry announced it would begin phasing out its investment in Klubblo, the online lottery platform of Sweden’s Sports Alliance, because “the conditions for conducting the business have changed.” Cherry said Swedish gaming regulator Lotterinspektionen had changed the application of the regulatory framework, making it impossible for some major sports federations to join the Sports Alliance due to their exclusivity agreements with state-owned betting operator Svenska Spel.

Klubblo had only launched last year and Burvall said the goal had been to “take a strong position as a partner for Swedish sports within the area of gaming and lotteries. Under the prevailing conditions, Klubblo does not fit into Cherry’s strategy.” Cherry says liquidity would be negatively affected by around SEK 1.5m (US $181k) in Q4 and the remainder of 2015. The change will likely have a negative SEK 7.7m ($929k) impact on Cherry’s Q4 income.

Finally, Cherry’s EuroLotto operation is going mobile. EuroLotto chief Helen Taylor says players have been “clamroring” for the opportunity to play on the go, which is now possible via EuroLotto’s launch of bespoke mobile and tablet options.