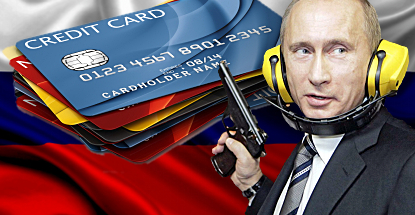 Yury Fedorov, president of Russia’s National Association of Bookmakers, told eGaming Review that the plan is for all approved online bookies to channel payment processing through a self-regulatory organization (SRO). This centralized processing will allow Russia’s digital watchdogs to better distinguish between legitimate online betting payments and those made with unsanctioned operators.

Fedorov said the SRO payment processing system was not yet operational, but once all systems were go, other online payment channels in Russia would be ordered to “stop the arrangement of payments for all companies that are not in the SROs.”

Shortly before Christmas, the First Self-Regulatory Organization of Russian Bookmakers (First SRO) was established with Oleg Zhuravsky as president. The SRO’s website claims that it has signed up 11 of the 27 companies currently licensed in Russia as bookmakers. Each of these 11 operators has contributed RUB 30m (US $460k) to a safety fund to ensure players’ financial interests are protected.

On Dec. 30, Zhuravsky told VPROGNOZE.ru that First SRO “intends to fight against illegal betting websites by applying international law.” Zhuravsky said “the decisions of foreign courts will force illegal operators to stop their activities in Russia” and that the focus of the fight would be on large publicly traded firms rather than “small and insignificant operators.” Zhuravsky suggested the first actions against these bigger companies would take place this spring.

In December, Russia imposed harsh new fines on anyone caught organizing gambling – land-based or online – outside the country’s designated gambling zones. Last March, Russia instructed internet service providers to block over 50 online gambling sites, including domains belonging to the likes of PokerStars, William Hill and Ladbrokes. Both Ladbrokes and Betfair subsequently announced their withdrawals from the Russian market.

Russian also recently added several Bitcoin-related websites to its blacklist. The sites included both domestic and international domains. The government has provided little information as to what prompted the move but Igor Chepkasov, chairman of the Crypto Currency Foundation of Russia, told Coindesk that it appeared to be “a dress rehearsal for the prohibition of Bitcoin in Russia.”