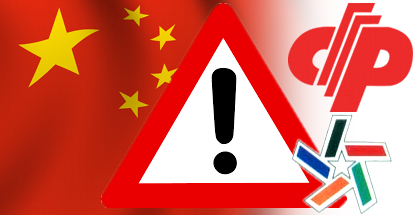 While China’s lottery business is booming, the government is looking to lower the boom on unauthorized online lottery operators. The National Audit Office recently conducted inspections of its provincial lottery administration centers to ascertain that the funds raised via the lottery aren’t being misused. As a result of these audits, a new directive has put unlicensed online operators squarely in the government’s sights.

Multiple Chinese blogs have reported that the ministries of Finance, Civil Affairs and the State Sports General Administration have issued letters to provincial lottery administrators telling them to shut down all unlicensed online operators by March 1. Any operators who flout the new restriction – or administrators who fail to act with sufficient zeal in stamping out the flouters – have been warned they will face severe penalties.

Technically speaking, no lottery operators have received formal licenses to offer services online. Last spring, sales in companies like 500.com underwent serious dips after an analyst pointed out this fact. But the Ministry of Finance subsequently clarified that it had allowed a couple companies – 500.com and China SMG network – to operate online as part of a pilot program. It remains unclear whether the new online edict applies to these companies.

In more positive lottery news, a Shanghai businessman has won the city’s biggest ever sports lottery jackpot. The man, identified by the Shanghai Sports Lottery Center only as Peng, turned RMB 504 ($81) worth of tickets into a payday of RMB 46.7m ($7.5m).