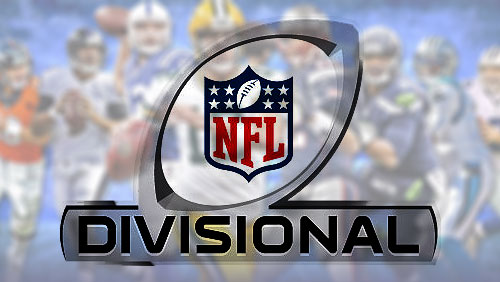 You know how everybody’s been saying that this weekend’s Divisional Round games in the NFL playoffs will become a teaser mania? Well, judging from how the lines have moved on all four games, it looks like we are heading down that road.

While there have been some heavy action on the four games this weekend, oddsmakers have been reluctant to swing the numbers dramatically. That can be attributed to the fact that we’re down to just eight teams left standing. That’s led to increased scrutiny from sharps and the betting public, which is why a lot of people are more careful on the timing of their bets.

Take the two AFC Divisional Round games for example. Both are sitting close to their own opening lines and while there are still a few touchdown spreads are still available for both the New England Patriots-Baltimore Ravens game the Denver Broncos-Indianapolis Colts game, the number has largely remained at -7.5 for the home teams. Unless the public and the sharps come in late with a rush of bets on one side, don’t expect these numbers to move a lot leading up to the games.

Meanwhile, the Dallas Cowboys – Green Bay Packers opened with Green Bay playing as -6.5 favorites but that number has dropped to -6 on account of questions surrounding Aaron Rodgers’ health. Whether it’s the fact that the public loves to bet on the Cowboys or there are legitimate questions Rodgers’ injured calf, the early betting trend on this game has weighed heavily on the Cowboys’ side. Based on how it’s looked, the public seems to betting less on the Cowboys’ actual chances to cover and more on the prospect that the Packers won’t have their MVP quarterback in peak health. In the event he gets hurt, Green Bay’s got the immortal Matt Flynn backing him up, which should immediately make the Cowboys short favorites in the game.

Lastly, we have the Carolina Panthers-Seattle Seahawks game sitting with the latter as -11.5 favorites after opening at -11. Not surprisingly, the spread in this game isn’t getting as much action as the total, which now sits at 39.5 after opening at 40.5 a few days ago. If you’re basing it on the recent history between these two teams, the under remains the safest bet, even if the total posted on this game is lower than any of the totals given to the last three games these two teams played. Still, the Panthers and Seahawks have always been good for low-scoring games and this one should be no different. The question is if bookmakers are willing to take off another point or two leading up to the game. It’s entirely possible if more under bets come into the picture.

This weekend’s games are arguably the toughest to handicap so far in the season. That’s precisely why a lot of bettors will likely take the teaser route to minimize the risk of tying up multiple games against the spread. So if you’re looking to make a bet on these weekend’s NFL games, teasers might be the best option for you.