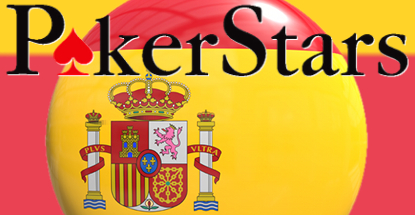 Online poker giant PokerStars has sought to reassure its Spanish players that the site’s online casino offering will be back taking their money in short order. Over the holidays, players who logged on to the PokerStars.es site found the blackjack and roulette options suddenly unavailable.

Stars sent emails to its Spanish players saying the temporary absence of its casino games was necessary to fix a “minor technical issue” involving its inability to make blackjack hand and roulette spin histories available to players, a requirement of Spanish online casino regulations. Some observers believed the wholesale removal of the casino vertical was a bit extreme for what amounted to an admittedly ‘minor’ software tweak, prompting rumors that Stars might be abandoning its commitment to diversifying beyond poker.

Well, bollocks to that, says Stars, saying it plans to be blackjacking and rouletting in Spain “in a matter of weeks.” Stars spokesman Eric Hollreiser took pains to point out that the glitch hadn’t affected the integrity of the games played. Hollreiser also rejected rumors that the casino games were quashed because they were luring players away from Stars’ core poker vertical. Hollreiser told eGaming Review that the casino options were having a “negligible impact” on poker performance and that cross-sell had been “better than expected.”

Stars launched its Spanish online casino in October. Just one month later, Stars’ parent company Amaya Gaming humble-bragged that the site had already captured a “double-digit” share of Spain’s regulated online casino business. Stars subsequently announced plans to roll out the casino options to all countries served by its .com site, with other verticals such as sports betting to follow in due course. Hollreiser says the casino roll-out has been completed on schedule.