Home / Casino / Japan’s casino bill could be approved by the end of 2015, Okinawa no longer interested 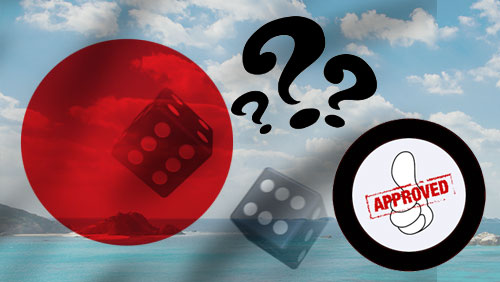 Recently re-elected Japanese Prime Minister Shinzo Abe stated that he will do his best to bolster his country’s economy by means of his suite of measures known as “Abenomics.”

According to Dr. Kazuaki Sasaki, an assistant professor at the Nihon University College of Economics, director of Integrated Resorts Gaming Academy and a strong proponent of the Integrated Resorts Promotion Bill, said that Abe’s re-election sparks hopes that a bill for the legalization of casinos in Japan might get approved by the end of 2015.

Casino legalization in Japan would be a two-statute process. After an enabling bill permitting the principle of casino resorts, a second piece of legislation—the implementation law—would detail the specifics, including how they are administered and regulated.

Gaming companies such as Las Vegas Sands Corp and MGM Resorts International have publicly shown their interest in investing in Japan if casino gaming is legalized. Last month, Bill Hornbuckle, president of MGM Resorts, told GGRAsia that his company was still “very optimistic” about the prospects for casinos in Japan.

Okinawa, on the other hand, has decided to abandon a plan to attract casino operators despite the research and studies for the casino project that it has been conducting for the last eight years.

The authorities had allocated about JPY86.4 million (US$724,801) through this fiscal year, aiming to develop a basic plan for a casino project but will not allocate funds for related projects in its fiscal 2015 budget.

The results of an online survey released in July last year by Japanese advertising and public relations agency Hakuhodo Inc. indicated Okinawa region is a popular summer holiday spot for Japanese and international tourists—the second most popular location for a casino resort in Japan but Okinawa Governor Takeshi Onaga, who took office in December, has been opposed to the introduction of casinos.

“It could have a negative impact on the tourism industry, which has been doing well thanks to the influence of soft power, including nature, history and traditional culture,” Onaga said. “Gambling addiction is also a concern.”

The government has been preparing for casino projects by launching a special study team in the Cabinet Secretariat. The study of integrated resorts was added to the agenda for the nation’s growth strategy that was approved by the cabinet in June 2014.

“We hope progress toward lifting the ban on [integrated resorts] won’t slow down just because of Okinawa’s negative stance,” a government official said.