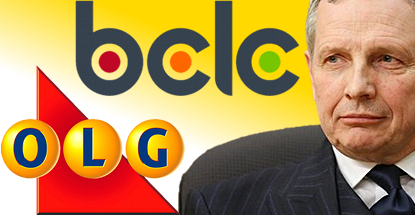 The Ontario Lottery and Gaming Corporation (OLG) has appointed Stephen Rigby (pictured) as its new president and CEO. Rigby, a former national security advisor to Canada’s Prime Minister Stephen Harper, replaces Rod Philips, who stepped down in January. Rigby takes over just as the provincial gambling monopoly is preparing for the full launch of its new online gambling site, PlayOLG.ca, which is currently being road-tested by select members of OLG’s player rewards program.

On Canada’s west coast, a government review of the British Columbia Lottery Corporation (BCLC) has shed more light on the performance of the province’s online gambling site PlayNow.com. According to the BC Ministry of Finance, casinos and other gaming facilities generated 76% of BCLC’s annual revenue of $2.1b, while lotteries accounted for 21% and PlayNow.com contributed the remaining 3%.

Since its launch in 2010, PlayNow.com’s revenue has risen from $14.7m to $58.9m in the 2013/14 fiscal year. During the same period, the number of registered users has grown from 30k to over 293k. In the most recent fiscal year, online casino games accounted for 48% of PlayNow revenue, with lotteries adding 20%. PlayNow accounted for 19% of BCLC’s total $25m marketing budget.

But the review notes that “to date, BCLC has not been able to accurately forecast its eGaming revenue growth, with actual net win consistently lower than its forecasted targets.” BCLC has also farmed out its PlayNow platform to their counterparts in Manitoba, but initial estimates of the B2B business “predicted a level of profitability that has yet to be attained.”

Looking ahead, PlayNow plans to add prop betting to its list of options and to offer parlay sports betting through PlayNow at select gaming facilities in a bid to broaden PlayNow’s player base. A new mobile lottery app is also in the works.

In other items of note, BCLC estimates that 45 of its high net-worth brick-and-mortar casino players accounted for over $60m in revenue last year. So-called ‘core’ patrons make up just 2.2% of BCLC’s Encore Rewards loyalty program but they accounted for 75.6% of gaming facility revenue.

BCLC has over 12.5k slot machines in action across the province, each of which has an expected lifespan of eight years but provides a full return on investment after an average of four months use. BCLC’s slots inventory consists of 79 different platforms from eight different vendors and the review recommends reducing both the number of platforms and suppliers to trim costs.

BCLC’s workforce has grown 25% over the past five years while the total sum paid to these employees has risen 43%. Efforts to trim payroll costs backfired spectacularly in March 2014 when an unexpectedly large number of staff opted to accept early retirement and severance packages. The effort, meant to help trim $20m in costs, ended up costing BCLC an extra $25m.

Part of the increase in costs came from BCLC’s overly generous bonus scheme, which allowed staff to receive bonuses even when BCLC failed to meet its revenue targets. The review said the individual bonus benchmarks “may not have been sufficiently challenging as more than 95% of staff received a bonus each year.” The review recommends “more challenging and comprehensive holdback measures.”