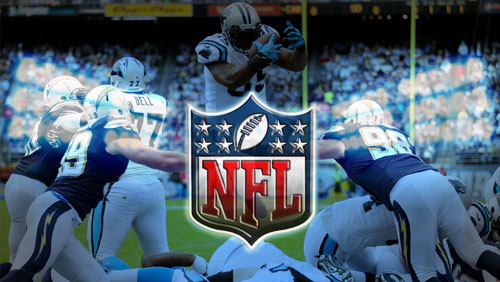 The penultimate week of the current NFL season offers a mix of some important playoff-level games and some, well, NFL Draft positioning. It’s usually the time of the week where we see some wonky things happening on the field. But we soldier on, knowing full well that we’re going to have to wait another eight months before we see regular season football again. So let’s make the most of Weeks 16 and 17 in the NFL.

Battle for the number 1…pick

Ha! You thought that this game would mean something and in a roundabout kind of way, it does. The Tennessee Titans and the Jacksonville Jaguars are both at 2-12 and whoever loses this game is in prime position to secure the number one pick in the 2015 NFL Draft. It’s a pretty straightforward line with the Jaguars opening as -3 favorites. Expect this one to be ugly in a lot of ways.

Because the NFL South is so putrid, we might see an 11-5 team not make the playoffs. That team could be the Philadelphia Eagles. Even if it wins its last two games, it doesn’t control its own destiny and will still need a lot of help to get to the postseason. That said, they’ll have to win these two games to even have a chance. They start with a road date against the Washington Redskins as -8.5 favorites. I think the number’s a little high for a road team, but the ‘Skins have been horrible this year on both sides of the ball.

Fresh off of a disappointing loss against the Buffalo Bills, Aaron Rodgers and company look to rebound against the Tampa Bay Bucs as -10 favorites. Expect the number to go up as the week progresses because Tampa’s in a similar position as Jacksonville and Tennessee. Losses help them more in the long run than wins so don’t expect to see them show up in this game.

Battle for the NFC South

I’m under no illusion that the NFC South sucks this season. But they still need a division winner and whoever wins this game between the New Orleans Saints and the Atlanta Falcons will likely take the division title. The Saints opened as -6.7 favorites, which could be a little high given their recent home woes. If New Orleans wins it, they’re in full control of the division. If Atlanta wins it, they tie the Saints with a 6-9 record, but more importantly, they’ll have the tiebreaker over their rivals.

Wild Card implications in the AFC

Both the Kansas City Chiefs and the Pittsburgh Steelers are in the hunt for one of the two Wild Card sports in the NFC. It stands to reason that whoever wins this game will have one hand on the first WC spot. It’s interesting that the line for this game opened with the Steelers as -3 favorites, suggesting that both teams play even on a neutral field. The public respects KC enough that this probably won’t be receive one-sided action. But I still think the Steelers win regardless. This is a playoff game for both teams, and there are a handful of QBs I trust more to win these type of games than Ben Roethelisberger.

No bearing games can be fun, too

If you want to watch a game with no implications other than both teams playing hard, this one’s for you. The Rams opened as -4.5 favorites, but that number has since been bet up to -5.5. I personally would watch this game just because of Odell Beckham Jr. That said, 5.5 points looks like a good spread to have on my side.

Race to the top of the NFC West

After starting the season 9-1, the Arizona Cardinals have had to deal with a mounting level of injuries that have basically torpedoed their season. They’re still in control of the NFC West, but the Seattle Seahawks are breathing down their neck. It just so happens that the Seahawks travel to Arizona with the NFC West title on the line.  The road team is a touchdown favorite on account of the Cards playing third-string QB Ryan Lindley. If Arizona somehow wins this game, they win the division. If Seattle wins it, they move to the lead courtesy of a tiebreaker edge.

Can the Cowboys close the deal?

The Dallas Cowboys are inching closer and closer to winning the NFC East. The question is: can they do it? Their first test comes this week when they host a team that has won its division and is only playing for playoff positioning. The Cowboys opened as -1.5 favorites against the Indianapolis Colts. That’s a ridiculous number that should be bet up when people realize that Indy could be taking it easy for this game.