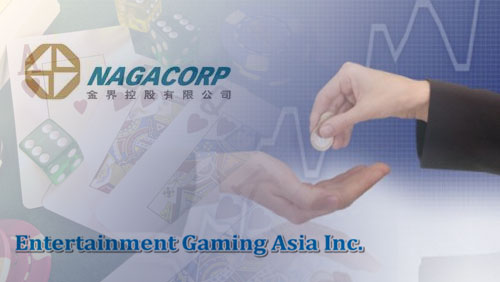 Cambodian casino operator NagaCorp Ltd. announced the decision of its board of directors to utilize the company’s current share repurchase mandate granted to the board during the company’s annual general meeting on April 9, 2014.

During the board of directors meeting on December 10, the board proposes to use the mandate to make a strategic repurchase of the company shares in the open market.

In a statement to the Hong Kong Stock Exchange, the company said directors believe the shares represent good investment value. Using the repurchase mandate to buy back stock “demonstrates the company’s confidence in its own business outlook and prospects,” it added.

The document however mentioned that NagaCorp has no intention of buying back shares to the extent of obliging controlling shareholder Chen Lip Keong, CEO  and shareholder of 41.7% shared capital of the company, to make a mandatory offer for the company’s entire capital.

The company also advised that there is no assurance as to the timing, quantity or price of the repurchases, or indeed if they will happen all.

Nagacorp shares were suspended from trading ahead of the announcement of the buyback plan and are scheduled to resume on Friday. The stock was up 1% at $5.68, near the bottom of the 52-week trading range of $5.42 – $8.80 before the suspension.

“As a result of the offering, we have increased our cash balance to approximately US$20 million and have become an indirect majority-owned subsidiary of a respected leader in Asian gaming,” said Chairman and CEO Clarence Chung Yuk Man, referring to Hong Kong-listed Melco International, which controls two-thirds of casino operator Melco Crown Entertainment.

EGT, which operates Dreamworld Club Poipet in the province of Banteay Meanchey and supplies gaming products to a number of Asian jurisdictions, also plans to pursue larger projects in the Asian market.

“We intend to pursue projects in Indochina and other growing gaming markets in Asia that will enable us to expand our market presence and increase brand equity in our Dreamworld name,” Mr Chung said in a letter to shareholders filed with the U.S. Securities and Exchange Commission.

“We will endeavor to pursue projects that are relatively larger in size and investment than our previous Dreamworld projects and in more established markets with higher levels of existing natural player traffic,” he added.