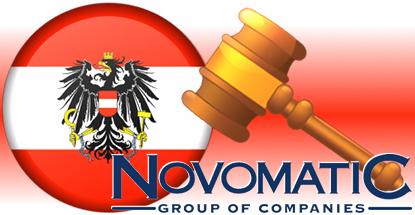 An Austrian gambler has won a €440k judgment after a Viennese court ruled his gambling addiction rendered him not responsible for his actions. The man lost around €800k playing slots between 2006 and 2010 but a psychiatric evaluation convinced the court that the man’s gambling “contracts” for the period should be annulled.

Christoph Naske, the gambler’s lawyer, told Agence France-Press that the man had blown his wad playing slots not located in casinos. Slots are available across Austria at many non-casino locations, even gas stations, and Naske said ‘it’s not possible in Vienna to ban somebody from a slot machine room.” Austrian gaming firm Novomatic, which operates the machines on which the gambler spent his €800k, told the Kronen Zeitung newspaper it intends to appeal the ruling.

In November, local politicians amended the Viennese Events Act to ban slots from operating anywhere outside casinos. The measure, which politicians claimed was necessary to protect low-income gamblers, takes effect Jan. 1. Novomatic operates 1,500 of the estimated 2,600 slots in the Austrian capital and says it has no intention of switching off its non-casino slot machines. Novomatic has said it’s prepared to take the case to constitutional court if the authorities attempt to pull the plug.

Novomatic believes the law change will do little to protect low-income citizens and will only serve to encourage the many unlicensed slots operators plying their trade in the country. Novomatic operates the Casino Admiral Prater slots hall in Vienna and this summer received approval to expand the premises into a fully fledged casino.

Late last month, Novomatic announced that Jess Halle would be stepping down from his dual role as Managing Director, Austrian Gaming Industries GmbH and CEO of Novomatic Americas Sales LLC. The company said Halle’s exit was reached by mutual agreement and Halle will close out his 15-year Novomatic tenure by the end of the year.