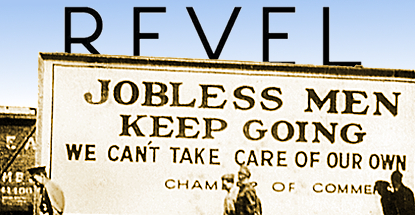 The sale of bankrupt Atlantic City casino Revel to Brookfield Asset Management is officially dead. Revel filed papers on Tuesday to inform a bankruptcy court that Brookfield was out of the picture. Revel said the casino would now be sold to Florida developer Glenn Straub, who had been outbid by Brookfield during Revel’s auction in late September but had immediately appealed what he felt was a deeply flawed process.

Last month, Brookfield had warned that the deal was in trouble because the power plant that had been specifically built to power Revel was balking at lowering its rates. Buyer and seller continued to talk but NBC’s Philadelphia affiliate reported that Brookfield had thrown in some last minute demands, prompting Revel to say enough is enough. Straub is reportedly still interested in acquiring Revel but his plans aren’t believed to include keeping the gaming floor open.

Atlantic City has seen four casinos close this year, with the Trump Taj Mahal set to become the fifth on Dec. 20. On Tuesday, the US Bureau of Labor Statistics reported that the Atlantic City region had lost 9,900 jobs over the past 12 months, the largest non-farm job loss of the 318 metropolitan areas in the report. The casinos accounted for 8k of those job losses and the Taj closing would add another 3k to that total.

In a bid to boost employment, the New Jersey state legislature intends to loosen restrictions on the building of ‘boutique’ casinos in AC. The state approved legislation in 2011 to woo skittish investors by allowing them to start small, so long as the project was a new development and eventually grew to host 500 hotel rooms. But nobody ever took AC up on its offer so new legislation set to be debated by a state Senate committee on Thursday would remove those two requirements, allowing the launch of casinos in existing buildings.

AC’s ongoing misery prompted Gov. Chris Christie to sign an order on Tuesday extending the mandate of the New Jersey Gaming, Sports and Entertainment Advisory Commission. The panel was launched in 2009 to provide Christie with advice on the state’s casino and sports development and is currently mulling options for rescuing AC that were suggested at Christie’s November summit with casino stakeholders. The panel, which is led by Christie ally Jon Hanson, will now remain active until Dec. 31, 2015.