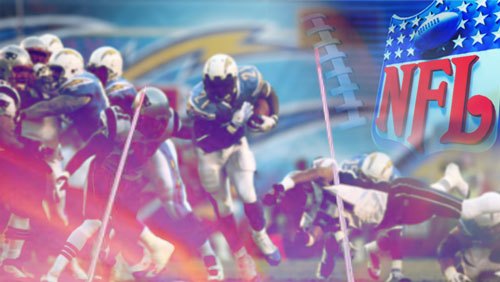 Building sand castles is a difficult thing to do. Just when you think you’re about ready to complete your masterpiece, an errant football flies by and knocks your castle down. That’s what a lot of sportsbooks felt like in Week 14 of the NFL. The books compiled a pretty good record in the first 13 games of the weekend. Some had won more than others, but the point was made clear heading into the Sunday Night Football game between the New England Patriots and the San Diego Chargers.

All the books needed was for San Diego to cover. But just like that wayward football that toppled over my figurative sand castle, Tom Brady’s 69-yard touchdown bomb to Julian Edelman wiped the wins away. The 23-14 final score isn’t indicative on how close the game actually was. San Diego still had multiple chances to come back after the Brady-to-Edelman connection. But after failing to score to help cover the 3.5-point spread, sportsbooks were left pondering what might have been had San Diego just kept it a little close.

Here’s what would’ve happened: books would’ve posted one of their biggest wins of the seasons. Not only was Patriots-Chargers, one of the most bet-on games of the week, it was also one of the most one-sided with the public and sharks taking the side of Belichick and Brady. There were a ton of straight-up bets on New England; there were also parlays and teasers tied into the result of the game. Most of them, not surprisingly, were tied to New England covering the spread.

In the end, books will probably call the day a wash with the public. The early morning games were mostly played on the number, meaning that bettors and the books won and lost their share. But the late afternoon games proved to be the latter’s golden ticket, specifically the Oakland Raiders winning their second game of the season against the heavily favored and highly public San Francisco 49ers.

The Arizona Cardinals, the Buffalo Bills, and the Seattle Seahawks also helped put the books in place for a huge week with a Chargers cover. But it wasn’t meant to be and sportsbooks only have to vent their frustration on a 69-yard touchdown bomb that ruined their massive payday.