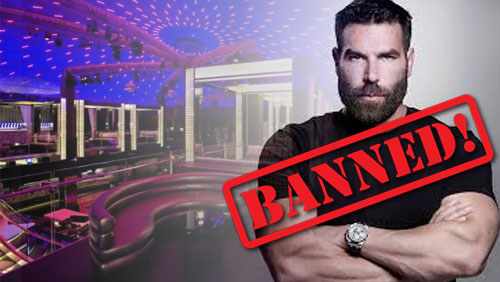 Dan Bilzerian has been banned from a Miami nightclub after being filmed allegedly booting a female clubber in the face during his birthday celebrations.

Most people celebrate their birthday by blowing a few candles. One expects Dan Bilzerian to celebrate his birthday with someone else doing the blowing. So it was a bit of surprise to learn that he might be in a spot of hot water after spending his 34th birthday allegedly kicking a female clubber in the mush.

Online celebrity news center The Dirty posted, a grainy video that seems to show Dan Bilzerian kicking out at a female reveler during a fracas at the LIV nightspot in Miami, Florida. Bilzerian was in the club celebrating his 34th birthday.


The victim allegedly received a cut to the eye, and was seemingly content to go home and slap a bag of frozen peas on it. Then she found out it was Bilzerian.

“There were two girls standing next to me at the table that were fighting. People started getting shoved and I tried to separate them,” the unnamed female told the Mail Online, “Then Dan pushed me off the banquette and once I fell he kicked me in the face. I wanted to file a police report and EMT checked my face I was bleeding from my eye but I felt fine and at that point I just wanted to go home. I really didn’t see how serious it was until I watched the video for myself. I’m lucky that the injuries weren’t worse. I did nothing to deserve that kick to head, I am gonna go ahead pursue legal action against him.”

Headed to Miami to crash some classy parties pic.twitter.com/Qy6r9AmBRs

The Dirty posted Bilzerian’s response after they had released the video.

“Actually 2 girls attacked a girl I was with to the point they gave her a black eye and threw her off the table and went after her, b/c they wanted to get closer to me. I know girls never fight over you b/c you’re a loser and everyone hates you, and nobody wants to fuck you, but how about you get your facts straight instead of publishing nonsense like your garbage website.”

At the time of writing Bilzerian’s twitter account is silent on the issue. I tried to reach out to him for comment but was only allowed to speak to his goat.

The response is indecipherable.