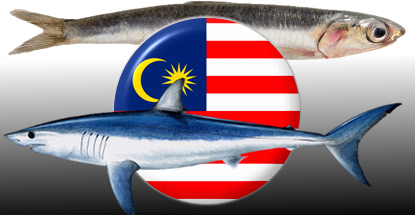 Malaysia’s ongoing crackdown on online gambling has resulted in over 20k arrests through the first 11 months of the year. On Thursday, Malaysian Deputy Home Minister Datuk Dr. Wan Junaidi Tuanku Jaafar said the Ops Dadu Khas operation had resulted in the detention of 20,216 individuals, of whom 7,181 were either charged in court or remain under investigation. Police carried out 62,819 raids and seized 138,166 computers suspected of being used for illegal online gambling activities.

While undeniably impressive, the crackdown appears to have gone to the head of Penang police chief Datuk Adbul Rahim Hanafi, who announced last week that as far as he was concerned, “there is no more illegal gambling and vice dens in the state.” The chief, who was responding to claims by local politicians that unauthorized gambling was still rampant, said anyone who had evidence of such activity should notify the authorities.

Meanwhile, concerns that the crackdown has only managed to net the illegal gambling trade’s smaller fish have prompted the formation of a new elite federal police unit. The impressively named Special Task Force for Anti-Vice, Gaming and Gangsterism (STAGG) intends to target the “sharks” of the illegal gambling world.

The 200-strong STAGG force consists of specially trained and handpicked police personnel plus 20 civilian staff to handle administrative tasks. Deputy Police Commissioner Datuk Rodwan Mohd Yusof will head the new unit, which will be based in Bukit Aman but will operate country-wide. STAGG is not to be confused with the Special Task Force on Organized Crime that was unleashed in January when Malaysia launched its gambling crackdown.

On Sunday, Home Minister Datuk Seri Ahmad Zahid Hamidi said STAGG was intended to counter public perception that only the “anchovies” of the gambling trade were being rounded up. Hamidi said the new STAGG unit would help police “net these ‘sharks’ and drag them to court.”

The crackdown hasn’t helped the fortunes of local lottery operator Magnum Bhd, whose revenue fell 4.6% to MYR 670m (US $191.7m) in the three months ending Sept. 30. Profit fell 29.9% to MYR 45.4m due to falling sales, which Magnum blamed on “weaker consumer spending and competition from illegal operators” who offer “aggressive discount and higher prize payout structure.” Revenue for the first nine months of the year is off 4% while profit is down 8.8%. Magnum is one of three licensed ‘number forecasting operators’ along with Sports Toto and Pan Malaysian Pools.