Home / Business / Hindus upset at use of Shiva on slots game; edict signs deal with LeoVegas 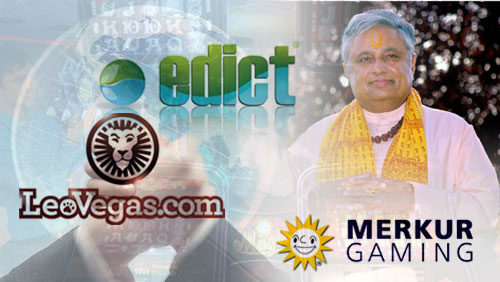 The Hindu community is upset at a slot title featuring Hindu god Shiva, calling it inappropriate and an insult to one of the most revered gods in Hinduism.

Universal Society of Hinduism President Rajan Zed pointed out that Shiva, as one of the three great Hindu deities with Brahma and Vishnu, is “meant to be worshiped in temples or home shrines and not for promoting gambling on slots.” Zed urged Gauselmann AG and its chairman Paul Gauselmann to publicly apologize and immediately recall the slot.

“Symbols of any faith, larger or smaller, should not be mishandled,” Zed added.

edict gaming, a subsidiary of Gauselmann’s Merkur Interactive, has successfully inked a partnership with Malta-licensed online casino operator LeoVegas. The deal involves the launch of slots games for LeoVegas, which will be delivered by edict’s Game Bridge remote gaming server.

“I am sure [LeoVegas] players base will enjoy the unique experience that the Merkur slot games offer and we can gain from their mobile experience,” edict Chief Executive Officer Dominic-Daniel Lienard said.

A handful of Merkur slots games are currently being offered by edict’s Game Bridge, including some of Merkur’s best-performing games like Double Triple Chance, Magic Mirror, and 221B Baker Street. Additional HTML5-enabled slots are expected to launch in the early part of 2015.

“We are very pleased to launch the edict games,” LeoVegas founder Gustaf Hagman said. “Being number one in mobile we are delighted to get some of the best titles for the European market.”