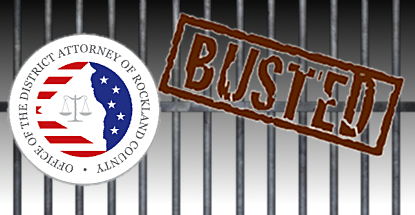 Law enforcement agencies in New York, New Jersey and Florida have broken up an illegal sports betting operation that took in “millions of dollars a month” in wagers. On Tuesday, Rockland County District Attorney Thomas Zugibe announced that a total of 14 defendants were facing multiple felony charges of promoting gambling, possession of gambling records, money laundering and other offences.

The charges came after a 16-month probe by state police forces, the Department of Homeland Security and the Federal Bureau of Investigation. Around 60 search warrants were issued in the three states, leading to the seizure of cash and other properties worth over $3m. The defendants, who ranged in age from 27 to 74, have been arraigned and released on their own recognizance. Zugibe said the investigation was ongoing and other arrests were likely. The DA’s office declined to offer specifics on whether the operation involved a password-protected online betting site to process its wagers as has become all the rage for unsanctioned US sports betting operators.

Zugibe said evidence uncovered during the investigation revealed that some of the proceeds of the “incredibly lucrative” gambling operation undoubtedly found their way into the hands of “organized crime” members. In August, an investigation launched by the Rockland DA led to the federal indictment of Daniel Pagano and Michael Palazzolo on loansharking and other gambling-related charges. Pagano is a reputed member of the Genovese crime family while Palazzolo is believed to be an associate. Both men have been released on bond after pleading not guilty.