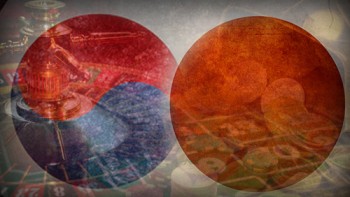 Japan’s hopes to legalize casino gambling died after Prime Minister Shinzo Abe dissolved parliament to call a snap election for December 14. Lawmakers won’t be able to pass legislation unti next year, making it unlikely for any casinos to be built in time for Japan’s 2020 Summer Olympics.

South Korea generated US$2.7 billion in gaming revenue last year, which was slightly higher than the Philippines’ $2.6 billion but behind Singapore’s $6.4 billion, according to research house CIMB.

The number is expected to grow as new casinos open, concentrating on Chinese tourism. In 2013, Chinese tourists’ arrivals to South Korea increased 53%, with some tourists opting for triple packages including surgery, shopping and gambling.

South Korea has been strict in issuing casino licenses on concerns over gambling addiction but the government has recently eased up, hoping to take a share in the rapidly expanding Chinese gambling market.

“South Korea already has got the gaming industry infrastructure,” said Ben Lee, managing partner at IGamiX Management & Consulting Ltd, a Macau-based gaming consultancy. “At least they are familiar and don’t have to go through the initial stages like Japan.”

Genting Hong Kong is also expected to invest KRW130 billion ($117 million) to establish a casino inside the Hyatt Regency in Jeju Island.

CEO Sheldon Adelson recently visited South Korea, where he hopes to design “the most iconic building in the world” to house a casino and entertainment complex.

Market watchers expect to see a jump in South Korea’s casino industry in the next five years, citing its proximity to China and rising popularity of its pop culture.