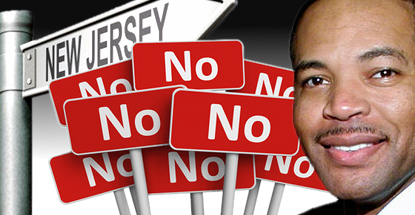 As expected, New Jersey has gone down to defeat in its latest attempt to bring legal sports betting to Atlantic City casinos and state racetracks. After hearing pitches from both sides on Thursday, US District Judge Michael Shipp (pictured) issued a summary judgment on Friday that said New Jersey’s plan to lift state-level prohibitions against sports betting at select venues was “novel” but “does not provide … a roadmap” around the federal PASPA sports betting prohibition. Shipp issued a similar ruling blocking the state’s original sports betting legislation back in March 2013.

Shipp’s ruling sets up a return trip to the Third Circuit Court of Appeals, as New Jersey’s sports betting advocates filed a formal Notice of Appeal within an hour of Shipp’s ruling becoming public. The Third Circuit rejected New Jersey’s appeal of Shipp’s original ruling in Sept. 2013 by a 2-1 verdict but Judge Thomas Vanaskie’s dissent offered New Jersey hope that its second attempt might meet with the Court’s approval.

But Shipp said Vanaskie’s dissent offered New Jersey a strict binary choice: maintain its sports betting prohibition or eliminate it entirely, not just at select venues. Shipp said New Jersey had attempted to go “halfway” and thus had conferred “a label of legitimacy for sports wagering” at tracks and casinos, which conflicts with PASPA’s ban on states licensing or regulating sports betting within their borders.

Dennis Drazin, adviser to the Monmouth Park racetrack that was preparing to launch a William Hill-powered sportsbook once Shipp’s temporary restraining order expired at midnight Friday, said he was “disappointed but not terribly surprised.” Drazin said Shipp’s ruling was “a delay, not an end” to the track’s betting plans. That said, Monmouth has postponed its plan to develop a 7,500-seat concert venue on its property due to the lack of the expected betting revenue stream.