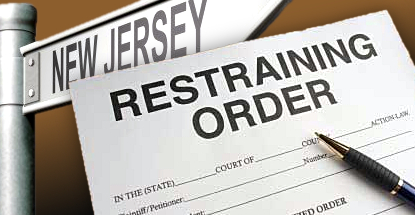 The ruling by US District Court Judge Michael Shipp was more less expected, as Shipp had previously granted similar requests by the four pro sports leagues and the NCAA who maintain that their product will suffer “irreparable harm” if legal sports betting is allowed to commence in New Jersey.

Future hearings in coming weeks will determine if the leagues are granted their request for another preliminary injunction to put a more permanent cork in the state’s betting bottle. Shipp has given the litigants until Monday (27) to submit briefs as to why such hearings would be warranted.

There was an interesting wrinkle in Shipp’s ruling, in that he originally suggested the TRO applied only to the plaintiffs’ events, opening up the possibility that Monmouth could still offer wagers on events such as (in the words of Monmouth advisor Dennis Drazin) “golf, tennis, boxing, MMA fighting, NASCAR and soccer.” However, the text of the TRO more explicitly prohibits wagering on anything but racing (horse and dog) and jai alai.

NO, MY BROTHER DIDN’T PUT ME UP TO THIS
Shipp said the “public interest is served in preserving the status quo until the merits of a serious controversy can be fully considered by the court.” Shipp said the leagues’ claim of a “negative effect on the perception of their games and their relationship to their fans” represented “a very real harm.” (Not for nothing, but Shipp’s younger brother Michael was a running back for the NFL’s Arizona Cardinals from 2002 to 2007.)

Shipp dismissed Monmouth’s argument that it was the party that would suffer irreparable harm by missing out on sports betting, saying much of Monmouth’s alleged harm was “self-imposed.” Shipp suggested that Monmouth could have “waited on the validity” of the state’s case before spending $1m to build its new William Hill-powered sports betting bar. However, in the event that New Jersey ultimately prevails in this fight, Shipp required the leagues to put up a $1.7m bond to cover revenue the state might have earned while the TRO is in place.

State Senator Ray Lesniak, who sponsored the state’s most recent sports betting legislation, tweeted that “Mighty Casey has struck out but I’ll be up at bat again! If the NFL thinks they’re going to wear me out, think again guys..” More than a few observers have commented on the irony of this Sunday’s game between the Detroit Lions v. Atlanta Falcons in London, where UK punters can freely wager on the outcome without the slightest hint of irreparable harm to the NFL’s precious product.

THE ROAD TO NOWHERE?
New Jersey’s long tortured path to bring Nevada-style legal sport betting to Atlantic City casinos and state racetracks has been going on since 2012, when Gov. Chris Christie signed the state’s first sports betting law. That campaign died when the Third Circuit Court of Appeals upheld Shipp’s 2013 injunction and the US Supreme Court declined to hear the state’s appeal.

New Jersey fought back by passing a new bill that Christie signed last Friday (17). This new bill lifted prohibitions on betting at tracks and casinos, in keeping with a suggestion made by US Department of Justice attorneys that there was nothing in the federal PASPA sports betting prohibition that prevented states from repealing their local anti-sports betting laws, so long as the activity was neither officially authorized nor regulated by the state. In their filing to Shipp this week, the leagues argued that New Jersey was attempting “authorization in disguise.”

While the DOJ had acted as a co-plaintiff in the previous legal fight, it didn’t file its own brief with Shipp this week. Attorney Daniel Wallach (@WALLACHLEGAL) suggested the DOJ’s absence was strategic, in that it was the DOJ attorneys who’d suggested the states could do an end-run around PASPA. The leagues have insisted there can be no partial repeal of sports betting laws, as envisioned by New Jersey’s latest bill, and the DOJ’s presence in this latest fight would have opened up issues of estoppel (claiming the contrary to what you previously declared in court).