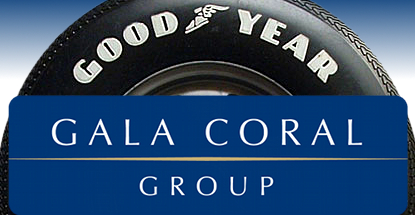 Gala Coral Group reported a 14% rise in earnings in its most recent fiscal year with online operations singled out as the star performers. Earnings for the 12 months ending Sept. 27 rose to £235.5m from £205.7m in fiscal 2013 while gross profit rose 9% to £890m. Gala Coral CEO Carl Leaver said the company’s “significant investment” in its online business was “paying off strongly” with Coral.co.uk having had “an outstanding year.”

Group online earnings more than doubled to £49.5m in FY14. Coral.co.uk led the charge with a 134% revenue rise to £66.5m. Coral’s online sportsbook was up 119% and gaming rose 107%. The ranks of active players rose 70% while spend per customer rose 9%. The introduction of live streaming in January helped spark a 198% rise in in-running stakes. Over two-thirds of Coral’s active customers placed a mobile wager in FY 14, up 13.4 points from FY13.

The Eurobet.it site reported revenue of £5.6m, with sportsbook up 47% and gaming rising 21%. Eurobet ended the year with a 9.2% share of Italy’s regulated sports betting market while virtual betting “continued to exceed expectations.”

The Telebet division reported earnings down 150% to just £500k following a lucky punter earning £1m via a low-stake multiple bet. The increased migration of telephone bettors to tablet, mobile and online is also dragging the numbers down.

On the retail front, Coral managed a “resilient’ performance despite the “worst football results on record” during the first half of the year. Coral retail earnings fell 4% to £143m as OTC revenue fell by £1.2m while gaming machine revenue rose 6%. Coral ended FY14 with 1,834 shops, a net gain of 42.

Eurobet retail earnings doubled to £18.8m thanks to the rollout of 500 new licenses. Betting stakes rose 56% while virtual betting helped other stakes rise 125%. Machine revenue was up 38%.

In other developments, the recently merged operations of Gala Interactive have tapped The7stars agency to handle its media planning and buying account. The7stars beat out incumbent Home for the £5.7m contract following a competitive pitch. The7stars has already been handling the duties for the Coral Interactive division but Campaign Live reported that different teams will handle the two accounts.