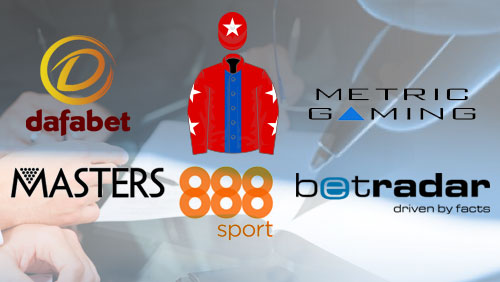 The Philippines-based online bookmaker has agreed to an extended long-term deal with the Masters snooker tournament, considered as the most prestigious snooker tournament in the world and one of three tournaments that make up the sport’s version of the Triple Crown.

The deal will cover a three-year period, beginning at the 2015 Masters, which will be played from 11th to 18th of January at London’s famed Alexandra Palace.

World Snooker Chairman Barry Hearn commented on the deal, calling it a partnership that highlights the growing popularity of the snooker.

“Dafabet have backed several snooker events including the World Championship and the Champion of Champions,” Hearn said. “They clearly recognize the massive global appeal of our sport and its potential to reach hundreds of millions of people.”

Dafabet also sponsored the tournament this year and with the long-term deal in place, the online bookmaker will attach its name as the titular sponsor of the Masters snooker tournament until 2017.

“Having worked with World Snooker on a number of tournaments, including last year’s Masters, we’re very proud to tie down a three year deal for one of the highlights of the sporting calendar,” Dafabet Head of Sports Marketing and Sponsorships John Cruces said.

888sport ties the knot with the Tingle Creek Chase

Over in the world of horse racing, 888sport, the sports betting brand of online operator 888, has agreed to its own sponsorship deal with the Tingle Creek Chase, one of the leading races in the UK National Hunt calendar. It’s the first time 888sport has sponsored a Grade 1 race, the highest category in UK jump racing.

While it’s not as popular as the Cheltenham Gold Cup, the Tingle Creek Chase has attracted some of the most high-profile horses in the UK, including two-time Gold Cup winner Kauto Star. This year’s event takes place on December 6, 2014 at the Sandown Park.

“We are truly proud and honored that our growing brand is to be associated with what is unquestionably one of the biggest races on the National Hunt calendar,” 888 Senior VP of B2C Itai Pazner said.

The deal comes as 888 continues to build its 888sport brand, announcing Channel 4 racing presenter Emma Spencer as its global racing ambassador in May and two races at the Market Rasen track in September.

The deal allows Metric Gaming to tap into Betradar’s Live Scouting Service and Remote Game Server and capitalize on its capacity to offer quick and secure data transmission on in-running trading operations.

“We are very pleased to welcome Metric Gaming as a new Betradar’s Live Scouting Service partner,” Sportradar Managing Director of Sales Erik Lorenz said. “We are convinced that together we can shape future developments and play an active part in the creation of an even more exciting live betting offering for the worldwide market.”