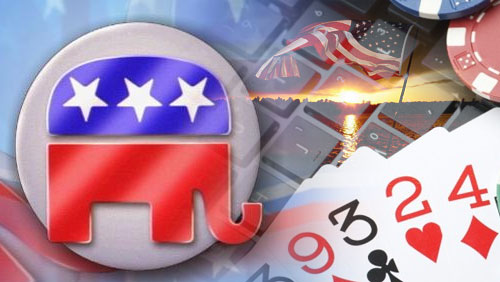 Online poker in the United States is nowhere near as robust in years past, but the game has made a strong  comeback as could be hoped for since three states began regulating it. A big part of making that possible has been control of both the White House and Senate by the Democratic Party. The Democrats in the legislative branch aren’t particularly poker-friendly, but during the Obama administration they’ve mostly avoided touching the subject, allowing the states to move forward with their own plans after the Justice Department changed its interpretation of the Wire Act. After this past Tuesday’s GOP takeover of the U.S. Senate, though, the equations have changed and online poker’s future in America is more tenuous than at any point since Black Friday.

Despite their leader being from Nevada, the Senate Democrats were far from allies to online poker. But there’s no doubt that their avoidance of the issue at all costs is a far better situation than the worst-case scenario with the Republicans in charge. We know because we’ve seen that scenario play about before, when a Republican Senate Majority Leader used his power to attach the UIGEA to an unrelated, must-pass bill, which a Republican president signed into law. And the incoming Senate Majority Leader is likely to be Mitch McConnell of Kentucky, a state notorious for its harsh stance against online gambling.

This time around, though, the GOP will have fewer votes in the Senate – either 52 or 53, depending on the results of a December runoff election in Louisiana between incumbent Democrat Mary Landrieu and Republican challenger Bill Cassidy. And while hard-line social conservatives will be sure to support any prohibition that might be introduced, not all GOP senators fall into that camp. A strong streak of resistance to federal government interference with the states still runs through part of the GOP, and members of that caucus may be a little more willing to break from the leadership with their party in control than when they were in the minority.

Legislation from the highly conservative House of Representatives was mostly dead on arrival during Harry Reid’s tenure as Senate Majority Leader, is much more likely to receive a favorable hearing in the Senate now that the same party runs both chambers. That’s just a generality, though, and not because GOP sugar daddy Sheldon Adelson now has Senate committee chairmen on his speed-dial. In fact, the heads of the most likely committees that might consider either online poker regulation or prohibition (Banking, Commerce, and Judiciary) don’t have standing relationships with Adelson. That doesn’t mean they might not get to know him now that they’re in power and he’s still throwing money at conservative politicians, but he isn’t going to have an inside track to jamming prohibition through the Senate when power changes hands in January.

What we should expect to see with the GOP running the entire Congress is more hearings on potential online poker prohibition. That’s something that Sheldon Adelson’s influence can certainly buy. There’s good news in that regard, though. First, beyond Adelson, there aren’t a lot of forces aligned strongly against legalization and regulation. Second, there are three states currently regulating online poker, which means proponents will have hard data to use when making their case. Previous Congressional hearings were all based on conjecture, allowing Adelson’s minions to make wild claims that couldn’t be refute – a strategy that won’t work this time around.

The real weak link for online poker in the wake off of the GOP wins is President Obama. Despite all the PR fluff during his first campaign about him being a great poker player during his time in the Illinois Senate, as president he’s never shown any interest in taking action to allow others to play online. And now that he’s the only Democrat in control of any of the government’s levers, he has to play nice with the Republicans if he wants to get anything done during his last two years in the White House. With no attachment to online poker, and no concern about any potential hit to his popularity since he can’t run for reelection, it’s entirely possible that he would sign prohibitionist legislation if Congress were to deliver it to his desk in exchange for their cooperation on some other issue important to him. They still have to deliver that legislation, though, and that’s far from guaranteed.

In and of itself, the Republican Senate wins don’t mean online poker is doomed. Chances are that the next two years will go by without anything drastic happening to shut down the evolving state markets and we’ll all turn our attention the 2016 presidential election, which has the potential to hand all control of both the White House and Congress to the Republicans, creating a perfect storm for prohibitionists. But the GOP wins and President Obama’s weakness do mean there’s enough of an increased chance of sneaking prohibition through that anyone who’s hoping to see the U.S. market open up again should be on alert.