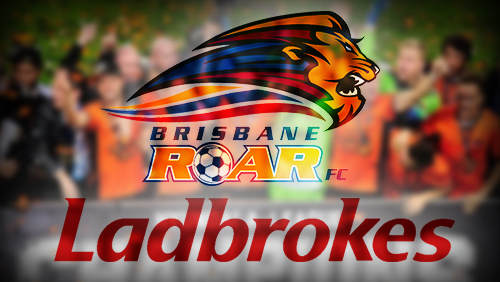 Three-time Australia A-League champions Brisbane Roar FC have launched a sponsorship deal with online sportsbook Ladbrokes for the 2014-2015 season of the Hyundai A-League.

The “silver partnership” between the two sides was signed last week, enabling Ladbrokes to leverage its partnership with the Australian football club through stadium signage inside the team’s home field, Suncorp Stadium.

“Ladbrokes is delighted to be sponsoring the Brisbane Roar,” Ladbrokes Director of Marketing James Burnett said in a statement. “Football is a growing and important part of our business and we look forward to working with a club as successful as the Roar throughout the n partnership.”

The deal with the Ladbrokes follows a string of recent high-profile partnerships the football club has inked, including timepiece maker TAG Heuer and the Hahn SuperDry brand Lion. “This partnership with Ladbrokes highlights the current strength of our club commercially,” Brisbane Roar Managing Director Sean Dobson said. “We’re excited to be working with a global brand such as Ladbrokes throughout the 2014/15 season.”

Labdrokes’ branding began to appear at Suncorp Stadium during the team’s match against Sydney FC on October 24..

Meanwhile, English Premier League club Arsenal signed its own sponsorship deal with online foreign exchange company Markets.com. The deal makes Markets.com the official foreign exchange, CFD and binary trading partner of Arsenal. Markets.com will promote its partnership with the club on the Asian market, where the Gunners have established a strong fan base. The deal also allows both sides to develop cross-promotional marketing activities with Markets.com receiving the extra benefit of having access to match-day hospitality at the football club’s home field, Emirates Stadium.

“We are proud to be partnering with Arsenal, who are one of the world’s leading football clubs,” Markets.com Director of Business Development in Asia Pacific Francisco Rodriguez said. “Like Markets.com, Arsenal are a globally recognized brand who manage its business with transparency and integrity, consistently competing at the highest level. Partnering with Arsenal at this point in time is extremely exciting as we are focused on expanding throughout Asia and specifically in China, where Arsenal has such a large and growing fanbase.”