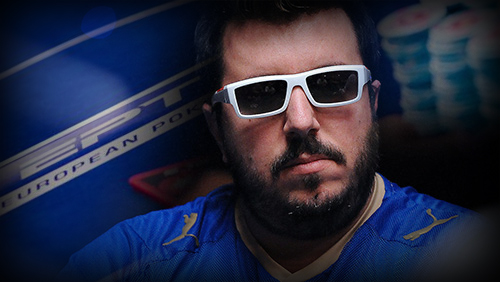 Before you erase the European Poker Tour London Festival from your memory banks, we bring you a run down of the renowned side event action that many believe makes the tour the very best in the world.

The tables, banners, and chips have been packed into the arctic lorries, and the dealers have been sent home for a well-deserved break.

The European Poker Tour (EPT) London Festival is done and dusted, and the focus now turns to Christmas, and the EPT Prague Festival that will run Dec 7 – 17 from its usual home in the Hilton Prague Hotel.

The festival will be remembered for the tears of its Main Event winner, Sebastian Pauli, and the charges of the two-time EPT Main Event winning wannabe’s Kevin MacPhee and Jake Cody; the exceedingly popular Andrew Chen finally crossing the finishing line first in a major EPT event, with victory in the High Roller; Brett Angell slaying demons to win the United Kingdom & Ireland Poker Tour (UKIPT) Main Event; and the return to the Global Poker Index (GPI) Top 10 for the UKIPT High Roller victor Olivier Busquet.

But what about the best of the rest?

One of the primary reasons that the EPT is widely recognized as the best tour in the business is its vast network of side events. So who won what?

Let’s find out shall we.

‘The Pirate’ Max Pescatori was the only player to win two side events. Both of them were in the mixed game fields, with the Italian beating Jyri Merivirta in the £300 PL 7-Card Stud Deepstack Turbo event for £2,440, and Edouard Mignotin in the heads-up phase of the £1k H.O.R.S.E Championship for £9,350. Former EPT Champion, Jannick Wrang, finishing fourth in that one.

Another Italian came close, but found no cigar, when the World Poker Tour (WPT) champion, Andrea Dato, lost out to Germany’s Amir Mozaffarian in the £1k NLHE Single Re-Entry event. Dominik Nitsche finishing fifth in that one, and Mozaffarian banked £53,100.

At the lower end of the buy-in spectrum we saw three Poles taking the top three places in the £300 UKIPT London Cup: Jan Przysucha taking the top prize, with Ben Vinson finishing fifth; Karl Parrish defeated Guy Bowles to take the top prize of £4,900 in the £200 Seniors event, and in her first-ever visit to the EPT, Jacqueline Cachia from Malta won the £200 Women’s Event after beating America’s Sung Hee Yun in heads-up action.