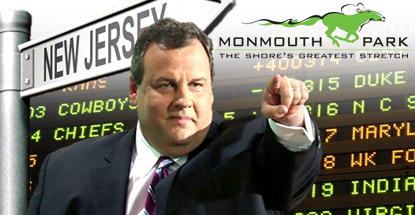 In announcing his decision, which came just 24 hours after the bill finished clearing the state legislature, Christie issued a statement saying he’d always been “a strong proponent” of bringing legal sports bets to New Jersey. But previous court rulings against the state’s plans required him to follow “a correct and appropriate path to curtail new court challenges and expensive litigation. I believe we have found that path in this bipartisan legislative effort.”

Christie also announced he was withdrawing the state’s request for US District Court Judge Michael Shipp to clarify whether his 2013 injunction against the state’s previous betting legislation had implicitly repealed state laws against sports betting. The legislation Christie signed Friday explicitly repeals those state laws against sports betting at tracks and casinos, rendering redundant Christie’s request for clarity.

The state’s current path seeks to take advantage of legal arguments voiced by the state’s longtime betting opponents – the Department of Justice, four pro sports leagues and the NCAA – that there was nothing in the federal PASPA sports betting prohibition that prevented individual states from declining to enforce state laws against sports betting.

State Sen. Ray Lesniak, who sponsored the legislation Christie signed, celebrated Friday’s news, vowing to take “a victory lap” at Monmouth Park on the 26th. So far no other track or casino has pledged to commence betting anytime soon, but Lesniak expects that “once they see it work at Monmouth, they are going to follow suit at the casinos.”

The leagues will most likely file for another temporary injunction or restraining order to prevent Monmouth from taking wagers at its William Hill-operated sportsbook. Lesniak has suggested the leagues will attempt to claim wagering will result in injury to their property but believes this argument will fail because “we’d only be doing in New Jersey what they are doing in Nevada.” Nevada is currently the only state in the union in which single-game sports betting is permitted under the 1992 PASPA legislation.

Monmouth adviser Dennis Drazin called Friday’s development a “wire-to-wire winner for horse racing, the gaming industry and the people of New Jersey.” Drazin thanked Christie for showing “leadership on this issue” and singled out Lesniak for having “championed this cause from the onset” as well as Assemblyman Ralph Caputo for steering the legislation through his chamber. Drazin said he “can’t wait to welcome new fans to the racetrack as we embark on this exciting new era in the long and storied history of Monmouth Park.”

Drazin told NorthJersey.com’s John Brennan that Oct. 26 would be a “soft opening” because neither the new technology nor the new staff are fully in place. The track was still working out the specifics with William Hill, but Drazin expects to offer point spread, over/under and money line wagering on opening day. (Ironically, the 26th comes during the Giants’ bye week. Figures.)