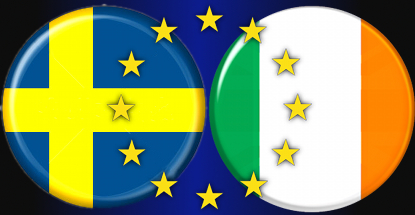 Sweden’s online betting and poker laws will be dragged before the European Union’s top court after the European Commission determined the laws were primarily designed to protect the state-owned Svenska Spel gambling monopoly. On Thursday, the EC announced Sweden would have to justify its gambling laws before the Court of Justice for the European Union (CJEU).

By law, EU member states can only restrict their citizens’ gambling options if they can demonstrate that such restrictions are intended to minimize gambling’s potential social harms, rather than defend the commercial interests of a local gambling operator. Svenska Spel holds a de facto online gambling monopoly in Sweden, but dramatic increases in its marketing budget in recent years suggested its monopoly was less concerned about keeping gambling in check and more concerned with boosting government revenue coffers.

The EC had first expressed doubts about Sweden’s laws way back in 2007. Last November, the EC warned Sweden that its online gambling laws were not being applied in “a systematic and consistent manner.” In April, Sweden’s Lotterinspektionen regulatory body promised to investigate options for liberalizing its online market but failure to progress toward this goal prompted Thursday’s CJEU invitation. Swedish authorities responded to Thursday’s news by saying they would “speed up the work … to find a licensing system that could be introduced in Sweden.”

Maarten Haijer, secretary general of the European Gaming & Betting Association (EGBA), hailed the EC’s action as a “breakthrough,” marking the first time an EU member state had been taken to the CJEU over its online gambling legislation. Haijer said the EC’s move was necessary given Sweden having displayed “little commitment to change.”

EC APPLIES BRAKES TO IRELAND ONLINE BETTING TAX
The EC has also addressed Ireland’s plan to institute its first online gambling tax. The tax, which is modeled on the UK’s new point of consumption model, will require Irish-facing online bookies to pay 1% tax on turnover generated via Irish punters. The government hopes to raise €25m annually via the new tax once they finally get around to passing the oft-delayed Betting (Amendment) Bill 2013.

The EC has been vetting Ireland’s gambling bill since the summer and the country had hoped to get its papers stamped by mid-September. But the EC has extended the ‘standstill’ period while it clarified unspecified elements of the bill. Irish gaming lawyer Maire Conneely told eGaming Review that the EC now expects to finish its work before the end of October and that the Irish parliament could pass the bill “within a couple of weeks” of the bill’s return.

However, no date has been set for imposition of the new tax or commencement of the licensing application process. Ireland-based bookies like Paddy Power and Boylesports have supported the government’s regulatory shift but also expressed concerns that the new regime will hurt domestic operators unless aggressive measures are taken to block international operators who don’t acquire an Irish license.