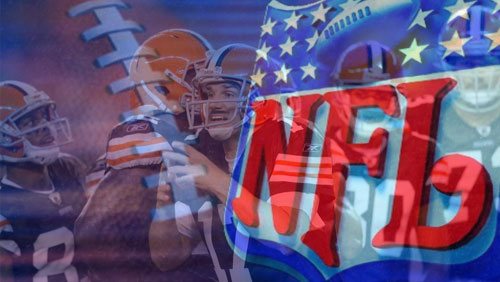 I can’t remember a week where my picks fluctuated dramatically in the closing seconds of a lot of these games. Some wins turned into losses and some losses turned into wins. It seems appropriate then that I ended up with a 4-4 record, which could’ve been better or worse had it not been for all the dramatic back door covers. Now we move on to Week 7 where a bunch of games has already caught my eye.

Too close to call?

The game opened with Indianapolis laying 3 points, which sounds about right given that sportsbooks are treating both teams as equals at this point in the season. By virtue of playing at home, Indy gets that traditional three-point spread, which I believe stays at the number. It’s hard to make a case for either team dominating the other so I’m just going to lay off of making an early lean so I can see what happens in the days leading up to the game.

I still can’t put a beat on the Carolina Panthers. That’s how unpredictable they’ve been in the first six weeks of the season. They win their first two games and followed that up with two losses—a win that should have been a loss and a tie that should have been a win. Confused yet? You’re not the only one. This week, the Panthers travel to Green Bay to take on Aaron Rodgers and the Packers. The home team opened as -7 favorites, which might be a little low considering how well Rodgers has been playing the past three weeks and how inconsistent the Panthers have been on both sides of the ball. I think the spread moves down to -6.5 at some point in the week. At least I’d be more confident picking Green Bay without the touchdown spread.

I can’t remember the last time the New Orleans Saints won a road game. Oh wait, they’ve lost six road games in a row if you don’t count the divisional playoffs win against the Philadelphia Eagles. The good news is that they’re coming off a bye. The bad news is that they’re playing the Detroit Lions and its top-ranked defense. The line opened with the Lions giving away the obligatory -3 home spread. This is another tough game to pick, but I do think the public will be heavy on the Saints again despite their 1-4 ATS record. Something about coming off a bye and playing a team without its best wide receiver could sway a lot of early action on New Orleans’ side. Look for the spread to go down later in the week so if you’re riding with the Saints, now may be a good time to secure that 3-point spread.

I’m making a prediction. This game will have the biggest handle of all the games this weekend with most of the bets tied to the Dallas Cowboys. That’s what you get when you have one team that’s fresh off laying a goose egg against the Philadelphia Eagles taking on a team everybody’s already coronating as Super Bowl champions. Dallas opened as -4 favorites but I think this is an ideal time to take the New York Giants after that embarrassing performance on Sunday Night Football. If the public pounds on the Cowboys like I expect them to, I’d wait for the spread to go up to 4.5 or 5 before taking the Giants.

It wasn’t that long ago when a New York Jets-New England Patriots game actually meant something. That’s not the case this season after the New York Jets dropped to 1-5 after another losing to the Denver Broncos at home. The Jets follow that up with a road trip to New England to face Tom Brady and Bill Belichick. Oh, Darrelle Revis is also playing his first game against his former team, which could explain why the Pats are laying 9 points against their once proud division rival.

The number’s a little too high for my liking but I can understand why sportsbooks are inflating the spread given how dominant Tom Brady has looked in the past two weeks. I’d wait on this one to see how the line fluctuates before picking a side. Despite having an abomination of an offense, the Jets still have one of the league’s best defenses that Tom Brady has struggled to beat in the past. The fact that this is a division game makes me bullish on the Jets with that spread, especially when you take into account the success Rex Ryan has had containing Brady and company in the past.

You better believe it! The surprising Browns are giving 4 points to a Jacksonville Jaguars squad that has failed to do anything short of convincing its fans that “better days are coming”.  Maybe this could be a nice start for those backing Brian Hoyer and the Browns. The team sits as 4-point road favorites against a Jaguars team that’s clearly playing for the future. That should bode well for those who believed in the Browns longer than most people, me included. I don’t foresee a lot of action on this game relative to other NFL games because a lot of people still question the legitimacy of the Browns this season. If you can get the four points this early, I suggest you side with the Browns and be happy with it.