Confessions of a Poker Writer: The Strength of Unity

In this week’s confessions series, Lee Davy shares his view that the poker industry is too fractured; how organizations have to show more togetherness, look towards long-term prosperity and get above the need for short term gain. 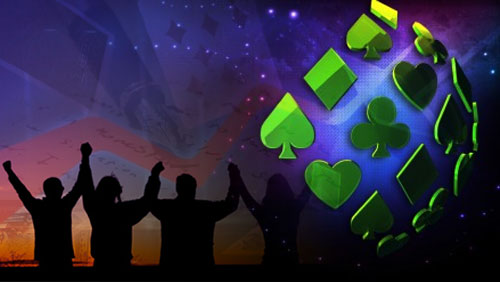 People often ask me why I decided to leave the railway after 20 years? The reasons are plentiful but one of the driving forces behind my departure was the attitude of my managing director.

The problem that comes with working for a man like that is you become a slave. Your beliefs and values are locked in the basement, and you can’t access the brain that hides in the attic. Like a rat following a silly little man playing a flute, you follow. Those rats eventually drowned. I left just before the last gasps of air left my lungs.

I have a belief that the customer is my number one priority. Establish what they value and work with them to supply that value. I believe that by working in this way, costs will be shed, performance will improve, and a smile will be smacked on the face of everyone involved in the product. My managing director didn’t think like this. Our business was the most important thing – and whilst that may be true, on one level, it was a shortsighted approach that nearly crippled us.

I was forced to lie to customers and to operate in a way that went against everything that made me a man.

That’s how I am feeling today.

I do not like what I am seeing in the world of poker right now.

We will not conquer.

I was recently asked by a poker media outlet to write an article for them. I wrote about the Global Poker Index (GPI). The article was refused on the grounds that the GPI was a direct competitor. This surprised and annoyed me. Firstly, I didn’t know they were competitors and secondly I had wasted an hour writing an article that was not going to reach the eyeballs of my readers.

I was having lunch with a very prominent member of the poker community recently and I told them this tale.

“I do think that you show an awful lot of favoritism towards Alex and the GPI,” said my lunch partner.

And why shouldn’t I?

A poker writer’s job consists of many things and one of these things is to report the news. I receive more press releases from the GPI than SPAM e-mails from BT asking me to send them my account details.

They are creating the news and so I write about the news. When somebody else gets off their ass and does something worth writing about they will also get my attention.

I also believe in the goal of the GPI. They are selling an idea that they want to turn poker into a sport. This is beneficial for me because it will help cement my position as a writer. Occasionally, the GPI come out with something I don’t agree with, and I will air my opinion. I am allowed to disagree with some of the GPI’s plans, and yet still support the one true goal.

This is why a lot of outlets hire people to just write about them. A one-sided story that smacks of falsity. Devoid of emotion and reading like a life-insurance policy. Who wants to read that shit? Well nobody, of course but there are more poker media outlets that issue these orders than the ones who allow you to be who you really are.

Last week, a poker media outlet contacted me to write about a very specific topic. I did some research and I didn’t like what I found. I spoke to many prominent players about it and they too didn’t approve of the notion. If I was an employee of that company then I would be forced to write about something I do not believe in. Can you imagine how the final product would have read?

I could have taken the money, wrote the article, and moved on. Instead, I turned it down. Let someone who believes in that take it on. I don’t have this option if I am a fully-paid member of the salaried team. Shackles, whips and chains come to mind.

The incident got me thinking this week. Sometimes I wander around the poker circus with my eyes closed but they are open a little wider this week. I have realized that certain people no longer retweet my material. Now that could be because it’s crap but I believe there is an element of ‘don’t touch Davy’s shit’ about it.

I have been told, on many occasions, that I can’t write for a particular outlet, because I have also written for their competition. That makes no sense to me. It’s small mindedness. It’s not a view that encompasses the bigger picture.

I love the idea of the Global Poker Conference 2015 (GPC 2015), and to do so does not mean I am sleeping with Alex Dreyfus. We are splintered. We have developed a belief that we have to go to war with our enemies in order to be profitable. Open your fucking eyes. Wake up and smell the Vicks. The GPC 2015 is a great opportunity for the poker industry to work together to make sure everyone is a success. We have more strength if we are all sitting in the same boat, rowing to the sound of the Cox.

At the moment we are all sitting in the same boat, but we are screwing on silencers, waiting for the sun to go down.

A great example of this lack of togetherness is the organization of the live tours. If two competing organizations create tour dates that clash, then who feels the impact?

Well why are you organizing tours that clash with other tours thus creating a dissatisfied environment for the customer?

I used to think this bullshit only existed in this forum. How blind I was. It’s everywhere. These past few weeks have showed me that we are nowhere near the strength of unity I believe we need to take us all to the next level.

So how do we change?

I look to the leaders.

Someone needs to step forward and be brave. Use the GPC 2015 as a way to create bonds with the so-called enemy. Get out of your trench and start kicking a football around; I am pretty sure that they will pass it back.