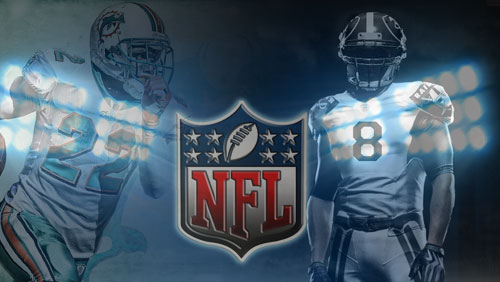 So I had a pretty good Week 4. What a surprise, right? I probably would’ve had a better week had the New Orleans Saints and the New England Patriots showed up to play this week. But I’ll take a winning week any way I can get, even if it comes with some dumbfounding losses. Now we move to Week 5 where only two teams—the Miami Dolphins and the Oakland Raiders—are on bye to get themselves reacquainted to American soil. Oakland should also spend its bye week finding a new head coach. You gotta start somewhere, right?

Can the Saints and Patriots bounce back?

I’m beginning this week with the two teams I actually had playing in Super Bowl 49. I guess I’m far more of an idiot than I realized. This week, both teams are desperate to get back to their winning ways, especially New Orleans, which is languishing on a 1-3 record despite being a heavy Super Bowl favorite by a lot of pundits. This week, they return to the friendly confines of the Superdome to take on a Tampa Bucs team that pulled off one of the most stirring come-from-behind wins in recent memory. New Orleans is favored by 11 points with some books even opening at -12 for the home team. It’s hard to back this team given how inept the defense has become a year removed from being one of the best in the league. I’d wait for this line to move up and in the event it does, I like Tampa to at least make it close.

Now we have the New England Patriots. I don’t know what to make of this team, to be honest. To be fair, Drew Brees is still one of the best quarterbacks in the league. It’s not his fault his defense can’t stop a leaky faucet even if it all tried. But Tom Brady just looks, dare I say, washed up. His timing’s off. He’s missing easy throws. It’s not the Brady we all know, which is alarming considering that he was supposed to come back from a subpar season – by his standards – last year. Now he just looks like he’s on the decline, which should bode well for the Cincinnati Bengals when they make the trip to Foxborough to take on the Pats. The home team opened as -3 favorites, which is a lot more respect than I expected. Judging by how both teams have played, this game should at least be a pick ‘em. But the Pats as -3 favorites? I’d jump on the Bengals as soon as I can.

Atlanta actually opened as 1.5-point underdogs but a spate of injuries during its game against the Minnesota Vikings has seen the Falcons’ spread rise up to 4 points when they visit MetLife Stadium and take on the New York Giants. Believe it or not but the Giants have actually look like a decent team. I’d invite people to lay low on the spread until it goes down, which I think it will as the Falcons being four-point underdogs may be too tempting for the public.

The Houston Texans travel to Dallas to take on a Cowboys team that has become one of the most pleasant surprises of the young NFL season. Who would’ve thought that the bumbling, bungling Cowboys are finally getting their act together. This week, star running back DeMarco Murray is will have a stiff test on its hands when it goes up against JJ Watt and a Texans defense that has turned in an impressive season of their own. Or you can just call this game an MVP game between Murray and Watt to see who establishes himself as the front-runner for the MVP award. In any case, Dallas opened as -3.5 favorites and after its dominant showing against the Saints, that spread could go up to -4 or -4.5 If you’re backing the ‘Boys, now’s the time to pounce but if you got Houston, wait a few more days, or at least until the spread goes up.

The San Diego Chargers are 3-1 to start the season. More importantly, they’re 4-0 against the spread. That’s a big reason why they opened as a full touchdown favorite against a New York Jets that’s languishing right now. It’s not going to get any better with QB Geno Smith continuing his erratic play and plenty of issues hanging over the secondary. You can make a case that the Chargers should be favored by more than 7 points. I don’t think the number’s going down unless Philip Rivers suffers an injury in practice, so if you’re eyeing San Diego, lock them down now before that number goes up.

Wasn’t it just two weeks ago when everyone was raving about the Chicago Bears and the Carolina Panthers? The Bears were supposed to be as good as the Green Bay Packers but their home meltdown against Rodgers and company doesn’t bode well for a team that’s already dealing with significant injury issues. Speaking of injury issues, the Panthers are as banged up as any team in the NFL these days. They actually opened the season with two straight wins but they followed that up by stinking against the Pittsburgh Steelers and the Baltimore Ravens. Doesn’t exactly invite a lot of confidence, does it? Heading into the game, Carolina opened as -2.5 favorites. Don’t expect any drastic swings in the spread, but I’m confident it’s going to settle at -3 by kick-off.