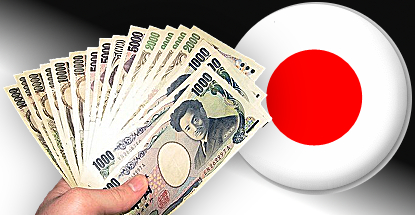 A key member of Japan’s pro-casino political faction says he expects passage of initial legislation this October. Japanese lawmakers have returned for their abbreviated fall sitting and the resumption of debate on the casino study legislation introduced late in the summer session. The casino study bill would revise the country’s laws to allow for the presence of casinos on Japanese soil. A second bill would then be introduced into the Diet – possibly as early as January – that would address the specifics of casino regulations and licensing procedure.

Liberal Democrat Party (LDP) House of Representative member Koichi Hagiuda told Bloomberg the plan was to pass the study bill in the lower house by mid-October then lateral it to the upper house. Hagiuda, secretary-general of the Integrated Resort group and an aide to Prime Minister Shinzo Abe, said the government was “preparing for this with great drive.”

Fittingly, passage in the upper house may be the high hurdle. Unlike its majority in the lower house, the LDP shares power in the House of Councilors with Komeito, whose members are less united on the casino issue. In June, a key Komeito member suggested the casino study bill would pass in the fall session but other legislators aren’t as enamored with the casino push.

Hagiuda also revealed details of the plan to charge a Singapore-style entry levy on casino customers. Fears that a levy would be applied to all customers have been allayed, as Hagiuda said the €5k (US $45) entry fee would apply strictly to residents of Japan. Local nationalists may gripe at having to pay while Chinese tourists get in free, but it’s a good deal less than the S$100 ($78) Singapore’s residents have to ante up back home.

The first person to be charged this levy isn’t likely to be paying it in Tokyo. Just four months ago, Tokyo Gov. Yoichi Masuzoe said casinos were “not at the top of my agenda.” Masuzoe’s lack of enthusiasm is compounded by surging construction costs; the 2020 Olympic Games loom large and the region is in a frenzy gussying up its infrastructure. Satoshi Okabe, an exec for a mega tourist project backed by Japan’s top advertising agency Dentsu, told Reuters that spiking costs meant “foreign casino operators are going to find investment returns inefficient.” In the contest for men and equipment, Okabe says “casinos are secondary.” Looks like Sheldon Adelson may need to spend that whole $10b, after all. Still, at least Japan apologizes…

Small wonder that casino companies are lavishing attention on Osaka, where the governor’s rolling out the welcome mat. Or is it a trick? Speaking at Tuesday’s Global Gaming Expo (G2E) in Las Vegas on Tuesday, Union Gaming analyst Grant Govertsen suggested Japan was like Lucy teeing up a football for Charlie Brown to kick, only to yank it away at the last second.