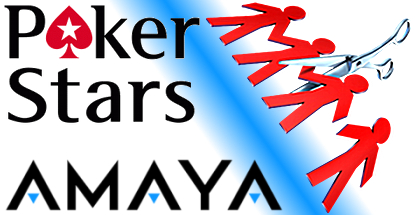 Online gambling affiliates are howling in protest after being unceremoniously kicked to the curb by their longtime sweethearts at PokerStars. On Wednesday, affiliate forums began filling up with messages about people receiving notification from the online poker giant that their agreements would be terminated within a week’s time.

Some of the affected affiliates say Stars has offered no explanation of its decision other than to point to the section of the affiliate agreement that allows the company to terminate such deals at its own discretion on seven days notice. Others, like Poker.org’s Markus Sonermo, reported being told that their client roster includes too many older clients and/or high-volume players.

Some affiliates claim to have done a lot of business with UK players and that their relationship with Stars is set to end effective Oct. 1, the UK’s (original, since delayed) deadline for implementation of its new online gambling licensing regime. As of Dec. 1, UK-licensed firms will also be required to pay 15% point-of-consumption tax (POCT) on all revenue generated via UK players. While not definite, the timing suggests some kind of austerity program is being imposed to help mitigate the effects of the POCT.

Further suggestion that belt-tightening is underway comes via Stars’ ongoing cull of its roster of sponsored pro players. The $4.9b acquisition of Stars earlier this year by Amaya Gaming was largely financed by Amaya taking on debt, meaning Stars now has hedge funds looking over its shoulder for signs that money is not being needlessly squandered. These are concerns the Scheinberg family never had to contend with during Stars’ previous existence as a privately held company.

Stars’ new life under Amaya’s publicly-traded umbrella will also put pressure on the site – and its Full Tilt sidekick – to withdraw from ‘grey’ and/or black markets, including Canada, Amaya’s home and native land. While Amaya appears to be working out some deal with the Loto-Québec provincial gambling monopoly that will allow Stars to continue to operate in the province, Québec politicians cannot write laws for the rest of Canada. Amaya may eventually work out similar deals with other provincial lottery corps but until that day arrives, assuming Amaya execs wish to continue to base themselves in Canada, they’d be well advised to curtail their activities outside Québec.