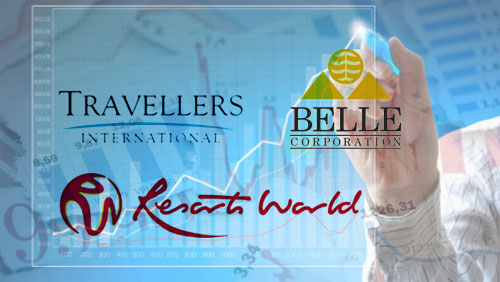 Travellers International Hotel Group Inc. (RWM) has increased its stake in Resorts World Bayshore Inc. (RWBCI) after subscribing to 880 million common shares and 2.35 billion preferred shares of stock of RWBCI at a price of Php5 per share for a total of Php16.15 billion. The transaction, which was disclosed to the Philippine Stock Exchange, now gives Travellers  95% controlling interest in RWBCI with the remaining five percent going to the previous shareholders.

The Securities and Exchange Commission also approved Travellers International’s plan to take the new shares out of an increase in its authorized capital stock, an amount pegged at Php5 billion.

The company’s acquisition of RWBCI allows it to expand on its growing gaming and entertainment business, which already includes Resorts World Manila in Newport City. Resorts World Bayshore isn’t expected to open until the fourth quarter of 2018, the last of the four integrated resorts and casinos in PAGCOR’s Entertainment City.

Meanwhile, Henry Sy’s Belle Corporation announced that it plans to sell up to 3.76 billion common shares of Premium Leisure Corp—almost 12% of the company’s outstanding shares—to local and foreign investors after successfully transferring shares to the company once called Sinophil Corp.

The move was largely seen as an attempt to reorganize and consolidate its gaming assets. With the SEC’s approval, Belle Corp. successfully transferred its 100% stake in Premium Leisure and Amusement Inc.—that’s the company that owns a gaming license in the Philippines and is part of a consortium with Melco Crown (Philippines) Resort—as well as a 34.5% interest in Pacific Online Systems Corp. In turn, Belle will continue to hold all the property and real estate development assets where the group’s resort and casino, City of Dreams Manila, is located.

Belle Corp officers are currently in the middle of a road show to meet and discuss with potential investors regarding the possibility of investing shares in Premium Leisure Corp.

City of Dreams Manila is expected to open later this year, becoming the second of the four entertainment and gaming establishments to open after Solaire Resort & Casino.