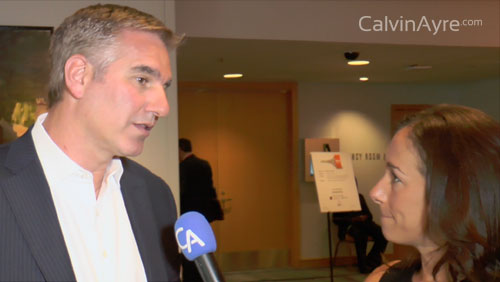 Becky Liggero talks to Optimal Payments’ President and CEO Joel Leonoff and he shares how things are going on the three regulated states in America wherein they have licenses and what are the challenges in these market.

Optimal Payments is a global provider of online and mobile payment processing services to thousands of merchants and millions of consumers. It has a license in all three iGaming states—Nevada, Delaware and New Jersey.

Optimal Payments PLC, formerly known as Neovia Financial PLC, is an online payments company based in the Isle of Man and regulated in the United Kingdom. It is the provider of the Netbanx gateway, Neteller e-wallet, and Neteller Net+ debit card products used by merchants and consumers in over 180 countries.

Becky Liggero: Tell me how things are going for you in those three states?

Joel Leonoff: I think it’s going pretty well. I think that the population based on those three states is quite small. So the expectation aren’t massive. Double digit growth month over month and we introduce Neteller in the US which is intuitive way to deposit funds into a gaming company. It’s been quite successful.

Becky Liggero: What is some of the biggest challenge that you’ve had in these markets so far?

Joel Leonoff: I think as an industry, there’s been a fair amount of high rejection rates through credit cards and for us I think we views for innovative approach or solutions and kinda work around it and help the operators ultimately drive for 100% approval rates not with credit cards but for other payment method.

Becky Liggero: So what is this innovative solution you speak up?

Joel Leonoff: We launched Neteller. It got a store value system where ultimately you’re depositing funds onto prepaid card and then using the prepaid card whenever you like, both on e-commerce of brick and mortar. The approval rates on that methodology are quite high. Over and above that, we offer easiest transaction in Neteller, which has the ability to move money directly out of the bank account to a gaming site; we’re intervening cash deposit method, so you can go to your corner 7-11 store, deposit cash and kind of a voucher back and you can enter to internet teller and direct to gaming site. So we are just looking of adding more alternative payment method so that the consumers and the players make a choice as to what they’re most comfortable with.

Optimal Payments has made a couple acquisitions intended to boost its US market presence and help position it for that magical day when California finally gets around to legalizing online poker. Optimal announced it has agreed to pay $210m in cash and shares to acquire California-based TK Global Partners LP, which operates online payment processor Meritus.

Optimal laid out a further $15 million to acquire Global Merchant Advisors, another California-based online payment processing outfit. Both acquisitions are expected to close in the third quarter of 2014.

Optimal Payments PLC, a leading global online payments provider, has become the official sponsor of Crystal Palace Football Club for the 2014/15 and 2015/16 seasons.

Optimal Payments will use the platform to raise the global awareness of its award-winning NETELLER service and Net+® Card stored-value offering, which will be displayed on the front of the team’s shirts from the start of the 2014/15 Premier League season.