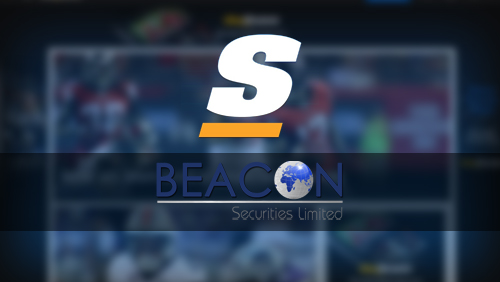 Beacon Securities Analyst Vahan Ajamian believes that TheScore may be in a good position to enter the online sports-betting market. Beacon Securities is a full-service independent investment dealer in Canada that counts theScore Inc. among its clients.

In a report to its investors, Ajamian remarked that sports gambling has the potential to become a long-term catalyst for the company, even if it doesn’t involve directly handling bets.

“Rather than be the bookie taking bets itself, we believe theScore’s main opportunity is to partner with an online casino and channel its growing user base towards its platform,” Ajamian said. The analyst believes that TheScore could begin offering a bet-now button for sporting events similar to the buy-now buttons Facebook and Twitter announced for their apps.

Ajamian pointed to two major developments in the US that could open the doors for TheScore to become heavily involved in sports gambling. One was NBA Commissioner Adam Silver’s recent comments about the league embracing the inevitability of legal sports betting that some states in the US will likely pursue as an alternative to secure more economic revenues.

The other was New Jersey’s declaration to allow casinos and racetracks to begin offering sports pools without fear of civil or criminal liability.

Ajamian estimates that the sports gambling market has the potential to be 10 times as large as the online poker market and it presents an opportunity for theScore to generate as much as $50 million in annual revenue through this channel. He also said that the Score has had discussions with potential partners in this space.

If the direction of the wind continues to change and there’s a growing opportunity to enter the sports gambling market, TheScore could be in line to take advantage of it. It has the infrastructure, the following, and the financial backing in place to make it happen.

“We see compelling value in the company’s shares based solely on its existing advertising business,” Ajamian concluded. “Therefore, we view sports gambling as a potentially very lucrative free call option for investors.”