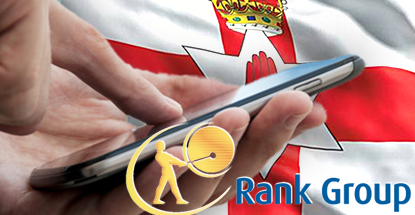 UK casino operator Rank Group sidled up to Belfast City Council this week but its quest to put down roots in Northern Ireland remains a dubious proposition, at least in the short term. Rank, the UK’s largest casino operator, lusts to take Northern Ireland’s casino virginity, so on Tuesday it got down on one knee and pitched woo to the capital’s councilors.

Rank said its Belfast facility would create up to 280 jobs to run all the restaurants, bars, cinema, live theater, auditorium and, yes, gaming floor. Rank’s Dan Waugh told the News Letter that the plan was to make the venue’s physical attributes “sufficient to draw in non-local” customers, thereby acting as a net gain to the local economy.

While Waugh mentioned the north foreshore of Belfast Lough as a possible location, the proposal is still at the “prototype” stage. Waugh said the company’s real intent was to hoist its flag and see whether Northern Ireland saluted or tossed clumps of peat.

Bit of both, according to politicians. Alderman Tom Ekin said council was “neither for it nor against it.” Rank had pitched its many benefits and council remained “suitably skeptical” but Ekin said council was “looking for more information and more information will be provided over time.” On a positive note, Ekin believes residents of Northern Ireland can easily access online gambling sites that can’t offer restaurants, theaters and whatnot, so maybe casinos weren’t so bad after all.

Social Development Minister Nelson McCausland took a harsher stance, saying he wasn’t “quite sure what [Rank’s] thinking is.” McCausland has been prepping a revised gambling law to present to the legislative assembly but says Rank had chosen not to “contribute to the discussion”. Casinos are not part of the new draft gambling laws and McCausland said it was too late for Rank to be texting “U UP” to Northern Ireland.

Over in Southampton, five casino operators remain in the hunt for the area’s new super casino. The final decision won’t be announced until June 2015, leaving plenty of time for Aspers, Genting UK, Rank subsidiary Grosvenor, Global Gaming Ventures and Kymeira Casino to sweat it out. Among the high hurdles local council had asked our fab five to clear was a guarantee that no passers-by could view actual gambling taking place from the street outside. What? A casino without windows? It’ll never work…