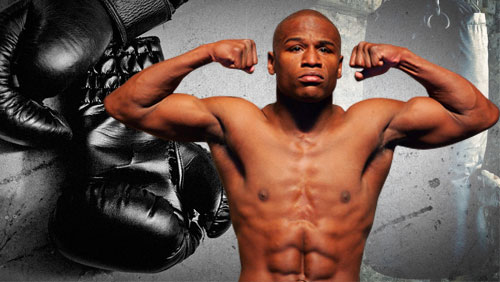 Floyd Mayweather Jr. dominated Marcos Maidana in their rematch over the weekend, showing no ill effects of the vulnerability he displayed against in their first fight back in May. It was vintage Mayweather from the get-go. He peppered Maidana with lead rights and quick counters, and when he wasn’t tagging the overmatched Argentine, he was keeping the action in the center of the ring. That denied the challenger the opportunity to engage in the roughhouse tactics that made the first fight so interesting.

Therefore, it was, Floyd Mayweather Jr. coasting to another lopsided win. Ho-hum, right? Online sportsbooks were ecstatic seeing Money May take his record to 47-0, especially with all the public money attached to a Maidana win.  The worst-case scenario for bookies would’ve been seeing the Argentine have his hand raised in whatever scenario imaginable. A knockout would’ve been egregiously damaging. Fortunately, Mayweather made sure none of those things happened with a master class in boxing only purists would have appreciated.

If you didn’t know any better, you probably would’ve stopped watching midway through the fight. I wouldn’t have even blamed you. If you had, you would’ve missed the most controversial part of the fight; you know, when Maidana reportedly sunk his teeth into the left hand of Floyd during the eighth round. But that was about it for the fight. It was all Floyd Mayweather from beginning to end.

Overall, it was a good fight result for sportsbooks, a lot of whom raked in a lot of public money that had come pouring in in the days leading up to the fight. There were a few large wagers tied to Floyd but the risk in those bets weren’t as huge as the calamitous result of a Maidana upset.

It was a business-like affair with everybody coming out on top. Floyd won and made $32 million for his efforts, or the equivalent.  The books won too, setting themselves up nicely for what’s expected to be another busy NFL weekend.

Wilder exit sets up British battle of the heavyweights in 2021
Daniel Gardner
13 October 2020
.