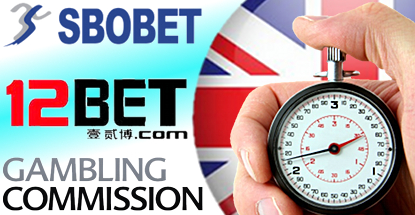 The ranks of primarily Asian-facing online gambling operators ditching the UK market ahead of new licensing requirements continues to grow. Earlier this week, Gibtaltar-licensed operator Mansion gave its UK poker customers official notice that it would no longer take their business as of Sept. 15, one day before the UK Gambling Commission (UKGC) deadline for the submission of new license applications.

The primarily Asian-facing Mansion has now been joined by Asian sports betting giants SBOBET and 12Bet. SBOBET has told its UK players their accounts will be closed as of Sept. 15 to accommodate the UKGC’s new regime. In an email to players, SBOBET said the “unfortunate circumstance” was a direct result of the UK’s new gambling laws. While wagering will end on the 15th, bets already placed on events past that date will be settled once their outcomes have been determined. Customers who don’t have pending wagers have been given until September 30 to submit withdrawal requests after which their accounts will be closed and money refunded.

12Bet is adopting a ‘leave the gun, take the cannoli’ approach. telling players they could continue betting on sports until September 30 but the change doesn’t impact 12Bet’s casino customers. 12bet is apparently planning on getting its license application in under the deadline and CEO Rory Anderson told eGaming Review that 12Bet had made “a sensible business decision to just concentrate and focus our energy on casino in the UK.”

The UK market is undergoing a transformation following passage of the Gambling (Licensing and Advertising) Act earlier this year. As of Oct. 1, any company accepting online wagers from UK punters must hold a UKGC-issued license. As of Dec. 1, UKGC-licensed firms will be required to pay a 15% point of consumption tax (POCT) on all wagers placed by UK punters. The Gibraltar Betting and Gaming Association (GBGA) has mounted a legal challenge of the UK’s new regime, but expectations of the law being overturned aren’t great.

The jury is still out on how the UK’s regime change will affect the bevy of primarily Asian-facing betting firms that have high-profile sponsorships or betting partnerships with English Premier League (EPL) football clubs. In July, 12Bet inked a new two-year shirt sponsorship with Hull City FC. SBOBET had five betting partnerships with EPL clubs in the 2013-14 season but inked no new deals for the 2014-15 campaign.

The UK’s new regime prevents firms not holding a UKGC license from advertising their services to UK punters, which would seem to preclude these betting partnerships. In July, the UKGC voiced the opinion that it didn’t support the theory that a site whose logo adorns a team’s shirts could comply with the new law if it geo-blocked UK punters, as the technology “is not 100% reliable.” However, the UKGC qualified this opinion by noting “only the courts can provide a definitive view” on the subject. Expect a lot more discussion of this topic as the year progresses.