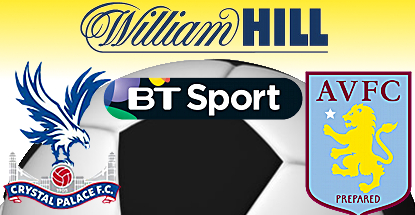 The first deal will see William Hill Online serve as the official UK and Ireland online betting partner for Aston Villa FC. The deal, terms of which were not disclosed, will see WHO services promoted throughout the club’s Villa Park stadium as well as via the club’s official website and social media outlets. Aston Villa acting CEO Robin Russell claimed to be “delighted” with the deal, while Hills chief marketing officer Kristof Fahy claimed to be equally “delighted” to be linked with “one of the oldest and most successful clubs in English football history.” (Dafabet currently boasts possession of Aston Villa’s coveted shirt sponsorship.)

Not content to stop there, Hills has also signed on as official betting partner of Crystal Palace FC for the 2014/15 Premier League campaign. Club chairman Steve Parish said he was “delighted” (notice a theme yet?) to partner with “one of the world’s leading betting and gaming companies” while Hill’s Fahy was, as ever, “delighted” with having secured an extra “gateway to introduce a whole new global audience to the William Hill brand.” Last year Crystal Palace had been ‘delighted’ to have 12Bet serve as its official betting partner, but 12Bet transferred its affections to Hull City in July, while Hills inked a new betting partnership with Southampton FC last week.

Just to be different, Hills has also inked a multi-content advertising deal with British Telecom. The deal, which Hills won following a competitive bid process, will see the betting firm promote its wares via BT Sport Premiership television broadcasts, as well as via Sport.bt.com and the BT Sport mobile app. Terms of the deal were not disclosed but the numbers are believed to be some of the largest stemming from a deal of this sort.