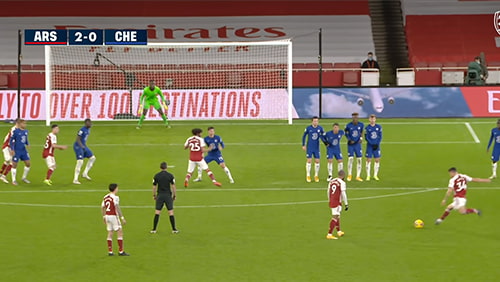 Christmas may be a time for rest to many people but for footballers it’s one of the most intensive periods of the whole year. With fixtures crammed in like pigs in blankets over yuletide.

With matches at the top and bottom of the League, who’ll get three vital points to take their team into the New Year with hope for a bright second half of the season?

A crucial match for the home side, this could be a pivotal game in the managerial career of Frank Lampard too. Villa come into the game in terrific form, which is the complete opposite of a Chelsea side who have lost three in four Premier League games. With defeats to Everton, Wolves and Arsenal, The Blues are in a rotten run of form, and desperately need a win to put themselves back in charge of their own destiny when it comes to qualifying for the Champions League. The title looks out of reach.

The problem with that desperation is sure to lead to Villa playing on the counter attack and as the Midlands side showed in their 3-0 thrashing of Crystal Palace, even with ten men they are incredibly dangerous on the break.

Villa will scent blood and with players such as Ollie Watkins, Jack Grealish and Anwar El Ghazi all in terrific form, they can cause Chelsea enough problems to win the game convincingly, just as they did against Liverpool at the start of the season.

A strangely fierce rivalry exists between these two, mainly due to the transfer from Goodison Park to The Etihad of two not amazing centre-halves. Whether Joleon Lescott and John Stones would have turned into world-beating central defenders is debatable, but the bad blood still lingers all these years after both players swapped navy blue for sky blue.

Will it be Carlo Ancelotti or Pep Guardiola who end the game on Monday night happy? It could be neither. With a lot of games in the rear-view mirror and several players who could be gamechangers likely to be out of the game such as James Rodriguez and Gabriel Jesus, we can see a low-scoring draw on the horizon. It’s a decent score to cash out on if the score comes in too early and leaves time for either side to grab a winner.

This could be a classic at Old Trafford… or a boring stalemate. In the past few years, United and Wolves have played out both and a lot could depend on whether United score first or not. If their front line fire blanks, then Wolves could be encouraged into putting up something of a rearguard action. If Rashford, Martial or Cavani get on the scoresheet early, however, Wolves will need to change their approach and come out on the attack.

Ole Gunnar Solskjaer’s team have been in good form the past few weeks and with six wins and two draws in their previous Premier League fixtures, they know a win is needed to keep them hanging onto the coattails of their arch-rivals Liverpool until they play them in mid-January.

If United are within swinging distance of their North-West neighbours when the legendary league rivals clash, they might be able to land a heavy blow against Klopp’s men. If not, then that fixture could be the day United’s title dream dies on the vine. Games such as this one against a talented but middling Premier League side really matter.

Our tip: Both teams to score (Evens)