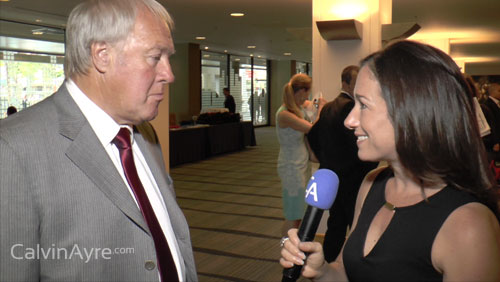 Becky Liggero talks to Brian Mattingley of 888 Holdings and he shares what’s happening in 888 in Europe and also in America and how are they going to deal on the changes in the UK.

“If you are a casual player and you come to table, lay down your fifty dollars and Sharks takes that from you in five minutes; you’ve had a very bad customer experience. The whole of our essence here has been to give a player as good experience as we possibly can so they come back time and time again.”

The Point of Consumption Tax in UK

“We are constantly looking at ways to being able to mitigate the tax. That’s very difficult. But one of the things that would do is finances within our control such as marketing, such as acquisition; such as bonusing; such as the edge on games. We’re looking to all of those.”

“We have a working party, which has been working now in Israel for about six months in looking to these issues, if we tweak to these issues, do we see a derogation of the enjoyment. We are in the entertainment industry and by taking 15% of your topline, something has to give but one of the things we won’t give is an entertainment product.”

888 is the only online gaming company that has operations in three U.S. states where gambling have been legalized – New Jersey, Nevada and Delaware.

“They’re disappointing. I think I would lie if I say they’re going great. They’re challenging. We have a situation where the current run rate of income in all of three territories is significantly below where estimates were given in 2013 as well as 2014. So it is quite a difficult market to be in.”

“We are quite keen to work with other of our competitor to see if there’s something that we can do to stimulate the business. There’s probably one in ten people in Jersey who knows that online gaming is legal in New Jersey. It’s crazy.”

“California is the gold nugget and I think therefore for us to be able to work with regulators and legislators in California would be superb. It would be a game changer. Because when you got three small state, the sum of population for those three is about 1/3 of California. I think things like the banks will suddenly take notice and we have payment problems; we really do. Credit card transactions are not great. Now when you got California, suddenly people will sit up and say ‘Right. We got to roll business now.’”

The Bad actor clause in California

The Bad actor clause is a clause that is placed into bills that legalize, or propose to legalize online gaming in any given state. The term ‘bad actor’ refers to any online gaming company that continued to do business after UIGEA (Unlawful Internet Gambling Enforcement Act) was passed in 2006. The decision to place a bad actor clause in any bill is up to each individual state and of the three states that have so far legalized online gambling in various forms all have different bad actor clauses. And recently, there have been reports that PokerStars and the Morongo Band of Mission Indians have been working together to oppose any sort of bad actor clause in potential online poker legislation in the state.

“I have a very mixed views. The first view I have is that when I exited America in 2006 of the UIGEA, I took 50% of my business away and I’ve suffered great years as operator. PokerStars didn’t; PokerStars stayed in. They were using the same argument that we had used that ‘we’re not committing any felony; were absolutely doing nothing wrong. But we actually chose to exit the country and as a result of that we were able to see PokerStars grow dramatically coz of the income they were having from almost being a complete one of operator in the biggest online gaming market in the world. They used that money to develop their market outside of America. So from that point of view, I feel it’s a bit unfair that they have got a significant financial gain as a result of us moving away to other things. However, I think they are very professional, they’ve got a good product and they have a significant size and capability. And I thin them coming the US market will actually stimulate the market and will potentially grow the market. So from that point of view, it is a very mix feelings I have. I much rather have a small portion of a big pool than a big portion of a very small pool.”