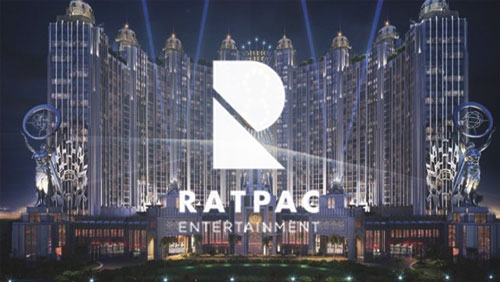 According to film and entertainment website Deadline, the director behind classics like Raging Bull, Casino, and The Departed will join forces with Hollywood A-listers Robert De Niro, Brad Pitt and Leonardo DiCaprio on the project.

This is the first time that all four entertainment heavyweights have been involved in the same project, a rare aligning of the biggest stars in Hollywood for a film designed specifically for promotional purposes.

The script for the yet-to-be-named short was written by Terence Winter—the screenwriter of the most recent DiCaprio-Scorsese collaboration The Wolf of Wall Street and the man behind the HBO TV series Boardwalk Empire. Ratner is the producer of the film with Packer and his Melco Crown partner Lawrence Ho serving as executive producers.

DiCaprio has starred in five Scorsese-directed movies, including Gangs of New York, The Departed, Shutter Island, The Aviator and Wolf Of Wall Street. Meanwhile, the Scorsese-De Niro partnership has created iconic movies like Taxi Driver, Raging Bull, Goodfellas and Casino. Throw the recently married Pitt into the mix and you have the makings of arguably the most star-studded short film in recent memory.

The film is set to make its premier next year in time for the opening of the Hollywood-themed Studio City resort and casino in Macau.

RatPac has made recent waves in Hollywood after backing Gravity and the Lego Movie. RatPac also closed a three-year financing deal with Pitt’s Plan B Entertainment in  December 2013 while also acting as the independent financier of Russell Crowe’s directorial debut, The Water Diviner and having co-financing deals with high-profile directors Cameron Crowe, Warren Beatty, David Fincher and Roman Polanski.

“As you can see, we are a director-driven company and have secured deals with some of the most successful and legendary film directors in the industry,” Ratner said earlier this year.

Now you can add Martin Scorsese to that list.